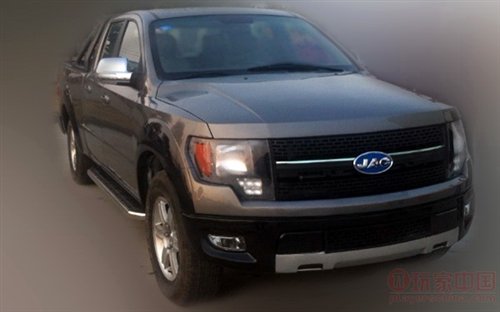 The new JAC 43R pickup truck loox more than a little bit like the good old American Ford F150. JAC doesn’t care, they just want to have a big ‘n cheap pickup truck that will be sold on the Chinese car market and likely in Africa and South America as well. The 43R will likely debut at the Beijing Auto Show in April. 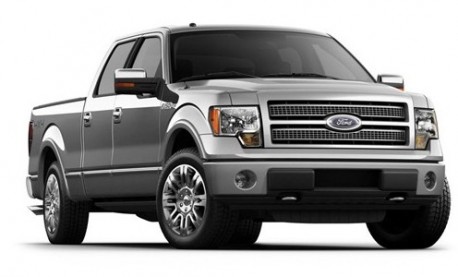 Ford F150, not officially on sale in China but some come over the ocean, sold by US dealers to Chinese dealers to eager buyers. Ford again, misses a market. 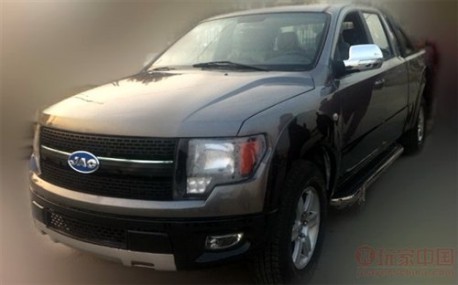 JAC, Jianghuai Auto Corporation, is a relatively small player in China. They make a range of underwhelming passenger cars, SUV’s based on old Hyundai’s and pickup trucks. 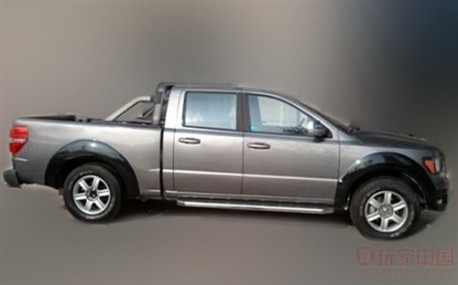 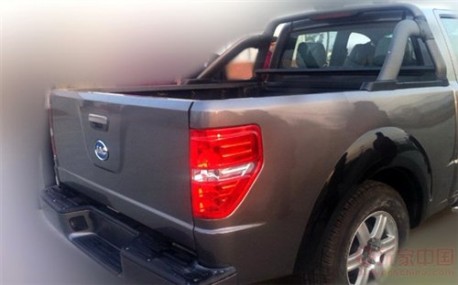