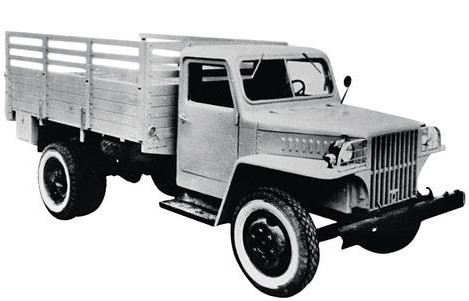 Early Sunday evening in Beijing. It was a busy day, among other things, I had to go and buy vegetables with my wife. Horrible indeed. Time so for some healthy China car history! Back to 1958 when the second China-made truck rolled off the assembly line, the first was the Jiefang from Changchun. This second truck is the Nanjing Yuejin NJ130, made by the Nanjing Auto Works, later called Nanjing Automobile Factory and today part of SAIC as Nanjing Auto. 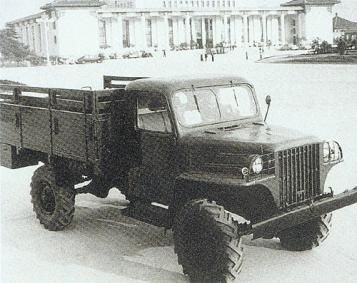 Production of the Nanjing Yuejin NJ130 started in 1958 and lasted for some ten years, some 5000 were made. Max load was 2.5 ton, power came from a four-cylinder 70hp diesel engine. The factory stood in the great city of Nanjing, capital of Jiangsu Province. 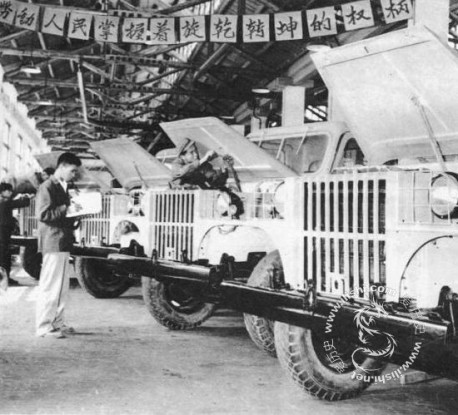 The Yuejin NJ130 was based on the Russian GAZ51 and was developed with help from Soviet engineers, by the time China and the Soviet Union were still the two best Communist friends…. Nanjing Auto Works developed several different versions of the NJ130, including a tanker and a long-bed. The NJ130 was eventually replaced by the NJ230 which was based on the GAZ 63.

The GAZ51 again was a reverse-engineered copy of the Dodge WC-52 that was shipped in great numbers by the USA to the Sovjet-Union during WO-II under the Land-Lease program. So here we have it: that great Dodge went from America to Russia and ended up in China. Exactly the same happened with the NJ230-GAZ63, the GAZ63 is a reverse engineered Land-Lease Dodge WF-32. 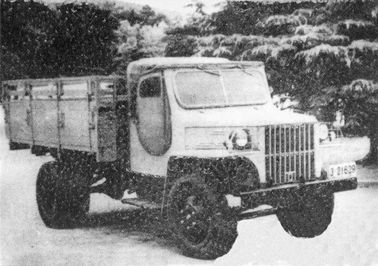 A very early NJ130 is cold weather with an extra cover on the door.

An extremely rare color photo from the Yuejin NJ130. It is the blue truck, second in line. In front an NJ230. Today, as far as I know, there isn’t a single NJ130 left alive. Back in those days China didn’t have the money, nor the time or will, to care too much about the past and museums.

Drawing, likely from a factory brochure.