Ford to formally sell the Shelby GT500 in China (?) 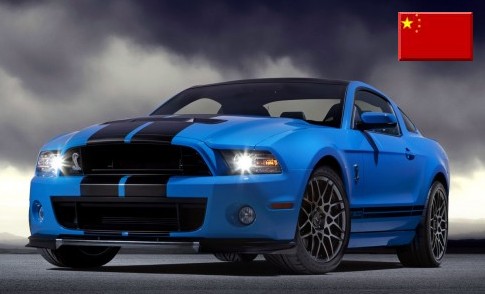 Automotive News reports that Ford is ‘considering’ selling the Shelby GT500 in China (and the other Mustangs?). Well, it is about time Ford stops considering things and start selling stuff. GM has big success with the Camaro in China, even so much that it designed a special China-only Transformers Edition. More via Motortrend:

The Shelby GT500 is a distinctly American supercar, but it might not be for long: the Michigan-made ponycar may finally be sold, by Ford, in markets like China and Brazil.

Automotive News reports that Ford planners are mulling the idea of selling the Shelby GT500, arguably the company’s halo model, in other markets. If the program is successful, ponycar fans as far flung as China and Brazil could receive the gift of supercharged Mustangs.

The Shelby GT500 was already available around the world, but only for people with pockets deep enough to afford importing the car themselves. The process involves a hefty amount of customs paperwork, taxes and duties, and waiting time. As a manufacturer, Ford could streamline the process by formally selling the car at showrooms.

Hau Thai-Tang, the Executive Director of Global Vehicle Programs at Ford, told AN that there’s certainly room for the GT500 in many of Ford’s international product portfolios, especially in countries like China, where the appetite for cars and increasing disposable income means more demand high-end cars.

Thai-Tang also mentioned that making that move would satisfy something else–the One Ford strategy that introduced the U.S. to the new, international versions of the Fiesta, Focus, Fusion, and Escape. Using One Ford to bring a bargain supercar to China would certainly be a different way of using that product strategy, and it doesn’t completely rule out the move.

A Ford spokesman said that while there’s long been talk of doing this, the hurdles to sending the current model to, say, Europe would make it very, very difficult. As for China, where regulations are somewhat more relaxed? It’s anyone’s guess.