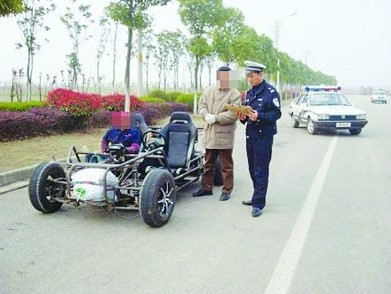 Police in the great city of Nanjing in Jiangsu Province stopped a strange looking car because it had no body, no license plates and no sound. The driver told police he was developing his own electric car and doing a road test. Police didn’t believe a word and took driver, passenger and car to a police station to sort things out. 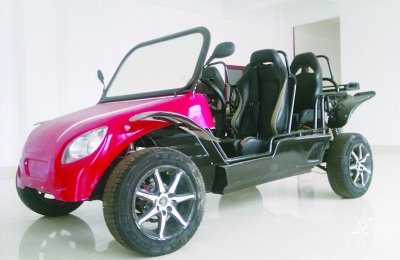 The driver told the truth. It was indeed a road test with a new ‘electric sportscar’ that is under development in a shed in the nearby Riverside Development Zone. The driver was the owner-designer and had been working on his dream for many many years. 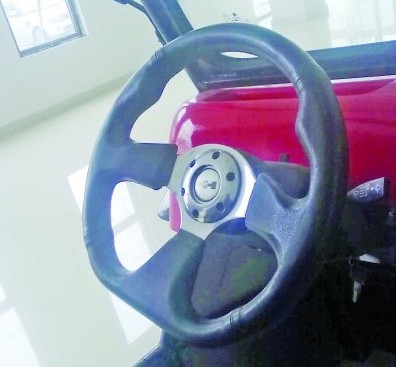 It is a full-electric car capable of a 120 km/h top speed and a caculated range of 120 km. It has 4-wheel drive and sits on an independent suspension system. Price is estimated at about 60.000 yuan, but there are no plans for mass-production yet, the vehicle on pics is in fact the only car in existence today.

Police was impressed and the electric sportscar could continue on its way. Hopefully we hear some more of it in the future.