Nasty crash in China involving a brand-new Ford Mustang Shelby GT500. It happened on a B-road not far from the Golden Port circuit in Beijing. The GT500 took a corner too fast and banged into a factory wall, narrowly missing the gate. 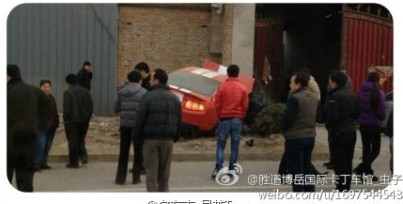 Both driver and passenger were injured and have to stay in a hospital for a few days. The GT500 is dead. Ford doesn’t officially sell the Mustang in China but many find their way over the ocean sold directly by dealers on the American west-coast to dealers in China.