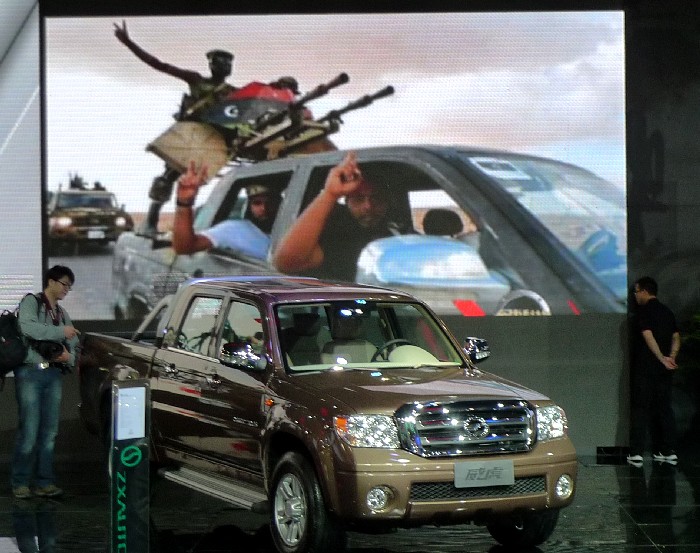 Amazing propaganda, or good salesmanship, today at the Beijing Auto Show. Chinese automaker Zhongxing showed images of the Libyan civil war on a giant screen behind its new Weihu pickup truck. The connection: Zhongxing was world news in August last year when television showed Libyan rebels conquering the country in older Zhongxing pickup trucks. The footage was widely shown on Chinese TV, websites and printed media. Zhongxing took note and used the images to promote their ‘stronger than war’ vehicles. 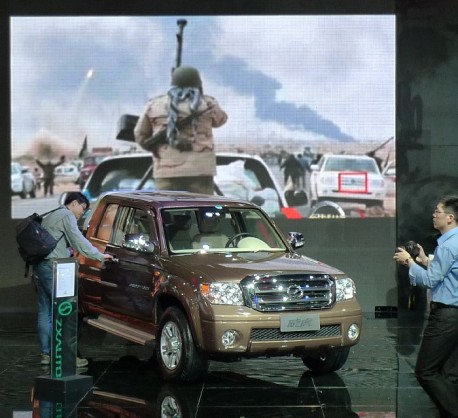 Note red square on the right of the screen, that’s a Zhongxing-logo on that truck, Zhongxing wants us to see. 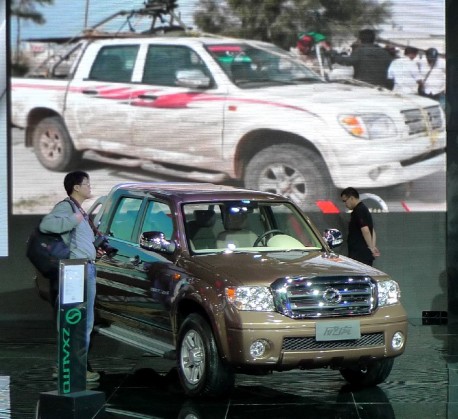 Yup, that’s another Zhongxing there, with a machine gun on the roof to kill. Brilliant marketing indeed. 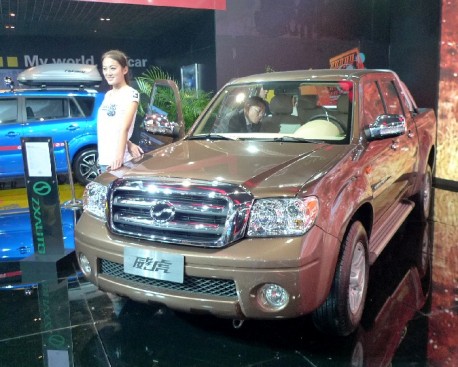 Explosions on the screen. Well, there will always be war…