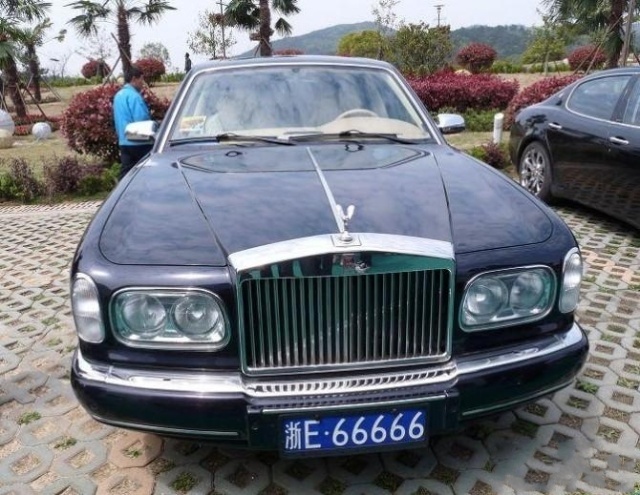 Here we have a very lucky Rolls-Royce Silver Seraph, seen in the great city of Hangzhou, capital of Zhejiang Province. The ‘6’ is considered a lucky number in Chinese culture, 6 is good for business and also represents happiness. The Silver Seraph was made from 1998 until 2002 and was the first Rolls-Royce officially sold in China after the Communists came to power in 1949. The Silver Seraph was powered by a big BMW 5.4 V12 that pushed to giant Roller to a respectable 230km/h.