Chang’an BenBen hits a Hole in the Road in China 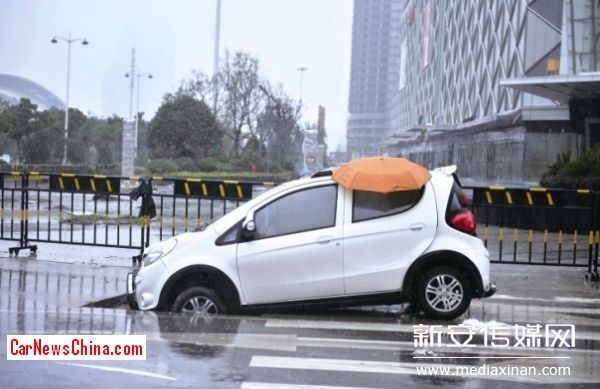 An interesting accident in the great city of Hefei in Anhui Province. A Chang’an BenBen hit a hole in the road and crashed. The driver was injured and taken to a local hospital. Police said the hole appeared the evening before and that road blocks they had erected were stolen that very night. The poor BenBen-driver so couldn’t know what was coming… The hole was likely caused by poor road construction coupled with some heavy rain. This happens a lot in China where all roads are made in a rush, without much attention paid to drainage construction.

An earlier article on a similar accident in Guilin caused some discussion on whether this kinda holes are ‘sinkholes’. Well, sinkholes they ain’t. A sinkhole is caused by a natural process, not by poor planning & design. From Wikipedia: A sinkhole, also known as a sink, snake hole, swallow hole, swallet, doline, or cenote, is a natural depression or hole in the Earth’s surface caused by karst processes — the chemical dissolution of carbonate rocks or suffosion processes for example in sandstone.

One question remains; waddabout that orange umbrella sticking out of the BenBen’s rear window?