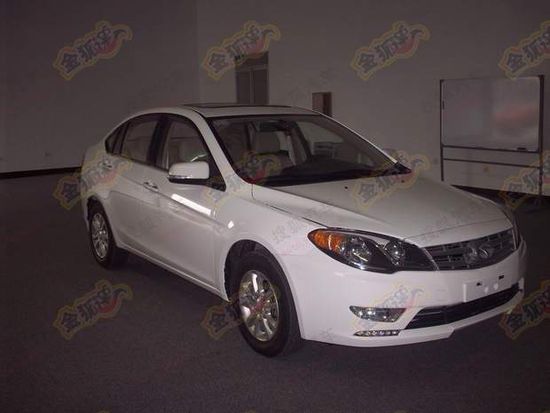 The very first spy shots of the production version of the new SouEast V5 sedan, it will be launched on the China auto market in October and that is one month later than we heard earlier. The white car on pics seems exactly the same as the V5 that debuted on the Beijing Auto Show in April. 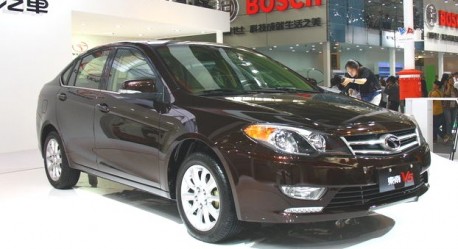 The V5 at the Beijing Show. The V5 is based on the platform from the last-gen Mitsubishi Lancer that is still being made by the SouEast-Mitsubishi joint venture. Power comes an imported Mitsubishi-sourced ’4B10′ 1.8 with 144hp mated to a CVT. Later on SouEast will offer its own 1.5 and 1.5 turbo. Price for the V5 will range from around 70.000 to 90.000 yuan for the 1.6.

On the left another V5 with a more racy body work. We have seen it before in white. This is very likely a sporty version of the V5. SouEast has done this before, with the V3 Sport based on the standard V3. Differences between the V3 Sport and V3 are only optical, the engine is exactly the same. This might be different for the V5 and ‘V5 Sport’ considering the 1.5 turbo that is under development, a sporty looking car is better with a sporty engine! As far as we know the V5 Sport won’t be available yet when the base V5 debuts in October. 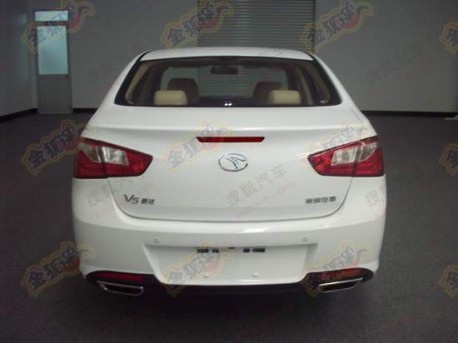