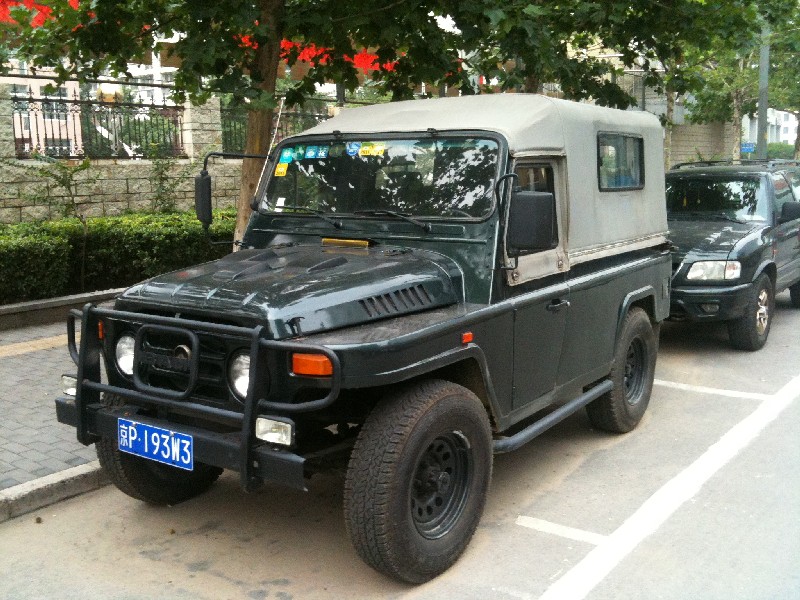 Here we have  a very pimped Beijing BJ212, seen here in the capital on a kinda sunny day. This good old and very strong automachine is sexed up with a black-ish paint job, large blacked-out wheels, a bull bar, air vents in the bonnet, fog lights on the bumper, large mirrors and a tiny extra indicator above the front wheel. This bomb is based on the standard two-door BJ212 with a raised hard-top roof. 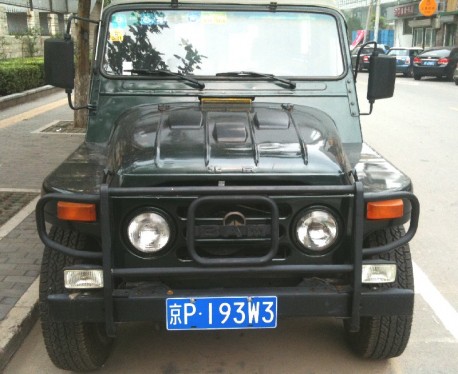 Three fake air vents on the bonnet. Production of the Beijing BJ212 started in 1965 by Beijing Automobile Works (BAW).In 1987 the company merged with Beijing Motorcycle Company (BMC) and was renamed as the Beijing Automobile and Motorcycle United Company (BAM). In 2001 its name changed back to BAW when the company became part of the much larger Beijing Automotive Industry Corporation (BAIC). This pimped BJ212 must have been made between 1987 and 2001 because it has ‘BAM’ written on the bull bar. 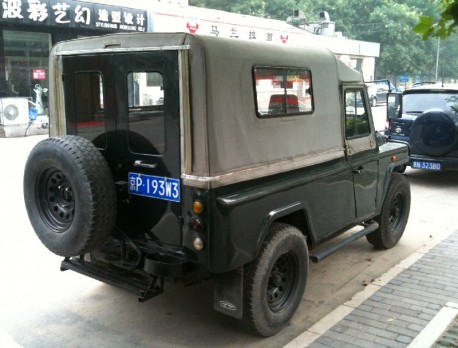 Rear loox very good in this color, almost piano-black in style. Power came from a 2.4 liter four-cylinder pooping out 75hp, good for a 98km/h top speed. Well, that is almost one hundred…. The original BJ212 is getting quite rare in Beijing these days, its many successors however are still all over the place, and the Chinese army still got a zillion 212’s on active duty, but those don’t look as good as this one!