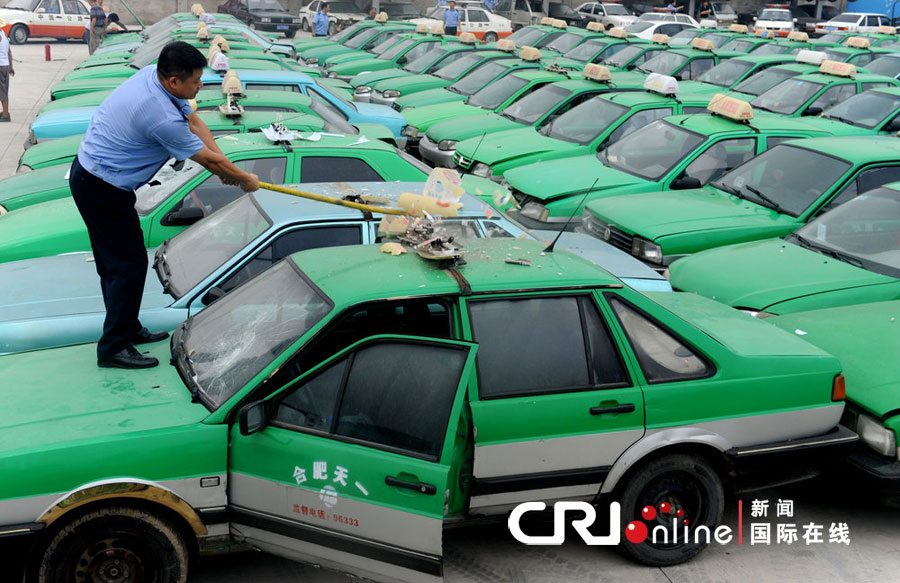 Authorities in the great city of Hefei in Anhui Province ordered the destruction of 156 illegal taxi’s, the order was carried outwith great vigor by police, city workers, and… legal taxi drivers who were likely the most happy men in the world when they hit those criminal cabs with sledge hammers and what not they could find. 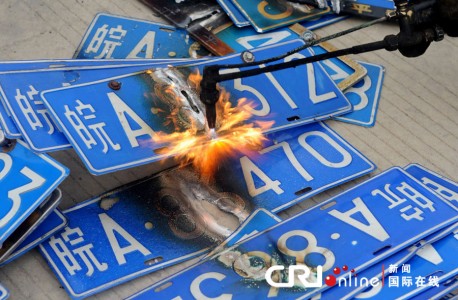 Illegal taxi’s are a big problem in China.They operate without a taxi license, with bugged or fake taxi meters, without insurance, with completely unsafe cars carrying fake license plates. Unscrupulous operators paint their taxi’s in the same way as taxi’s from legal companies so customers think they took the real thing. This is what happened here in Hefei. The cars are completely destroyed to make sure they won’t be coming back. 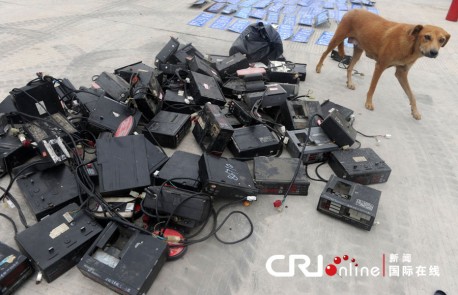 Fake taxi meters and a dog looking for a place to pee.

But sure there is another side to the story. The legal companies are often state owned, by provincial or local governments. It is very hard, if not impossible, for a private company to get a license because the government rather wants to keep competition out. Customers are usually not that unhappy with illegal taxi’s because they are often actually cheaper than the real thing, besides that, there are never enough taxi’s on the road. 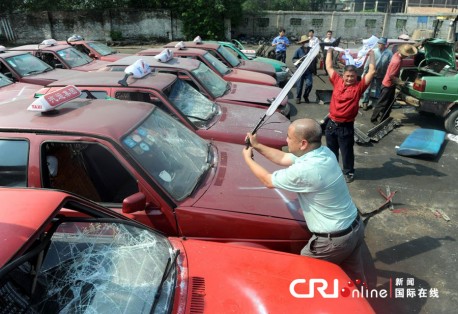 Well, in this case the government won, but there can be no doubt some will just try again… 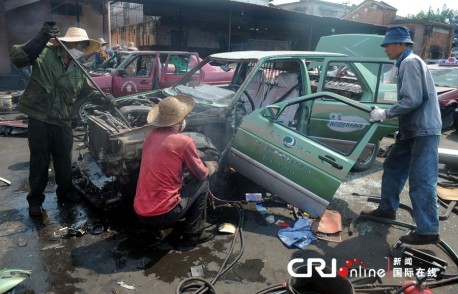 A professional recycling team finishes the job. Don’t mind about that little bit of oil!