Police in China impounds a too shiny BMW Z4 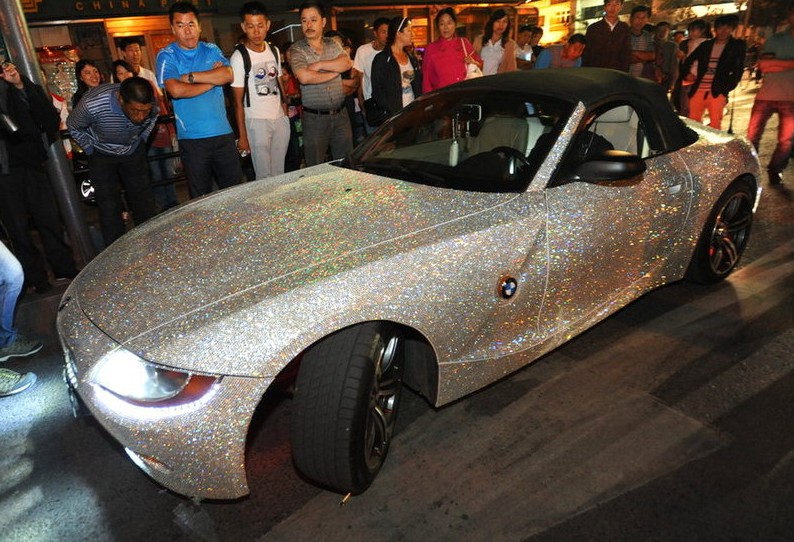 Police in the great city of Shenyang in Liaoning Province impounded a ‘crystal-clad’ BMW Z4 sportsmachine for being too shiny. The crystals, which are actually usually made of plastic, are mixed with paint which was applied on the whole car. We have seen comparable vehicles before. Problem is, this kinda sexy is officially not allowed in China but normally nobody cares. 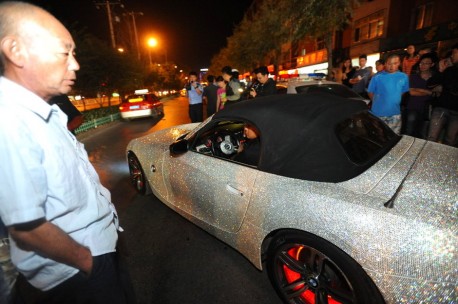 In this case however police from the Shenyang City Public Security Bureau took action! Except for the weird paint there were some other problems with the car. It didn’t have license plates, it had extra led-lights, and it came with kinda very cool light-things in the wheels, see pic. All that, is forbidden as well.

We dig, but the police did not. The shiny Z4 was impounded. Fortunately the fine the owner has to pay to get it back ain’t that big; only 500 yuan, or 79 USD. But if police catches him again there will be no return… Better be careful then!