FAW and the Chinese army working on “commercial driverless cars” 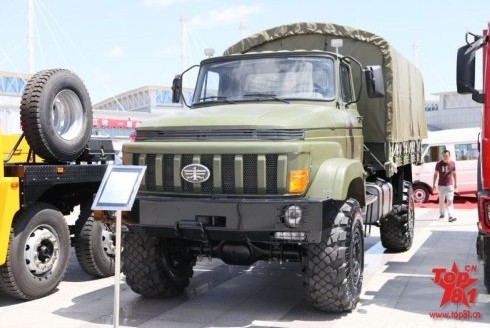 Interesting news here. In a general article on scientific cooperation between companies and the Chinese army sat one paragraph that attracted our attention immediately:

[quote] With the cooperation of China’s First Auto Works, a civilian automobile manufacturer, the NUDT research team believes commercial driverless cars will soon be seen on the roads in China. [unquote]

FAW is First Auto Works, parent of Hongqi and joint venture partner of Volkswagen, Toyota, Mazda and GM. NUDT is the National University of Defense Technology, involved in developing everything from handguns to nuclear submarines. An interesting pair indeed to develop such a vehicle. The article doesn’t say anything else about the project but we will try to keep a close eye on developments. The rest of the story is quite interesting as well, see below:

Military tech put to use in everyday applications

“Flying” trains and cars that drive themselves are just some of the things that are being developed with the aid of military technologies originally developed for combat use by the National University of Defense Technology, or NUDT.

For example, the medium-low-speed maglev that is planned for Beijing will use an advanced control technology originally developed for the military by the university, which is under the dual supervision of China’s ministries of defense and education.

“If maglev was widely adopted by Chinese cities, there would be much less traffic congestion,” said Li Jie, an expert in maglev studies at the university. “When I was a college student in the 1990s, I spent nearly 20 hours returning to my hometown in East China’s Shandong province from Hunan. We could only dream of technology like this then.”

“We are using such advanced technology to enable the trains to ‘fly’ safely, quickly and quietly,” added Li’s colleague, Wu Jun.

Wu said maglev lines with an operating speed of 120 kilometers per hour cost about 300 million yuan ($ 47.6 million) per kilometer, half that of subways, and they are much easier to maintain and repair than urban railways.

Another maglev line is planned for western Beijing, to ease the severe congestion that plagues the capital despite government efforts to improve traffic flow by building new roads and tightly controlling the purchase of private cars.

But the project slated to begin construction in 2011 has been postponed several times because residents living near the proposed route have raised concerns about its radiation. Experts have dismissed such fears, and the maglev line is expected to begin operating in 2013.

Driver fatigue is another hazard on the roads.

If double-decker sleeper buses were equipped with sensors and lasers like those being developed for autonomous cars, then the accident that claimed 36 people’s lives in Yan’an, Shaanxi province, on Aug 26, might have been avoided, said Dai Bin, a professor with the NUDT’s driverless car research team.

“With sensors and lasers to detect the surrounding environment and choose the correct route, driverless cars are much safer because they react more quickly than humans,” said Dai.

In July 2011, a driverless car developed by his team spent three hours and 20 minutes traveling about 286 km on an expressway laden with other cars from Changsha to Wuhan, the capitals of Hunan and Hubei provinces.

“This car knew the speed limits, traffic patterns, lane changes and roads, and used video cameras and radar sensors to detect other cars. It was all controlled by a command center in the trunk,” Dai said.

Driverless cars look set to be the future of motoring as California introduced the first law to establish safety and performance regulations for driverless vehicles on Sept 26.

With the cooperation of China’s First Auto Works, a civilian automobile manufacturer, the NUDT research team believes commercial driverless cars will soon be seen on the roads in China.

According to Pan Yi, a vice-president of Zhuzhou Times New Material Technology, it was three leading experts in rotor blades at the NUDT who laid the foundations for a company that produces core equipment for wind turbines.

“With their almost free assistance, the company can produce around 70 percent of the core equipment needed for wind power generation. Five years ago, China relied on imported technologies,” she said.

“The strict discipline of the NUDT experts also encouraged our civilian employees to work harder and more orderly than before,” said Pan.

Such cooperation with local enterprises is very exciting for students at the university, as they can see their ideas materializing into products, said one doctorate student, surnamed Wang, who has been offering research and development assistance to RunCore, a Changsha-based producer of solid-state drives for around two years.

“By being close to the market, I hope to work out more practical technologies that can improve people’s daily lives,” he said.