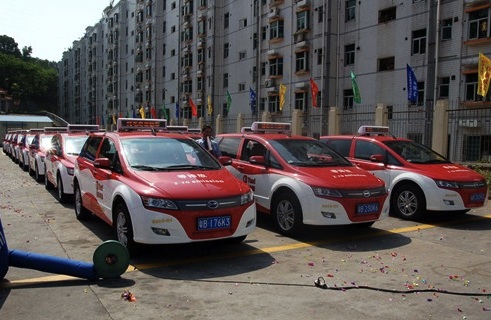 Chinese automaker BYD Auto Co Ltd, which is backed by US business magnate Warren Buffett, will supply 50 electric cars to London taxi firm greentomatocars under an agreement signed on Wednesday. The vehicles will take to London’s roads in the second quarter of 2013.

The model being introduced to the British capital is BYD’s e6, which has been available in the Chinese market since October 2011, and is China’s first all-electric model for public use.

Powered by recyclable and environmentally friendly batteries produced by BYD, the e6 can travel 300 kilometers on a single charge in urban conditions.

BYD’s website said the cost of driving a conventional vehicle would be three times higher than driving an e6, as it only uses 19.5 kWh of electricity per 100 km.