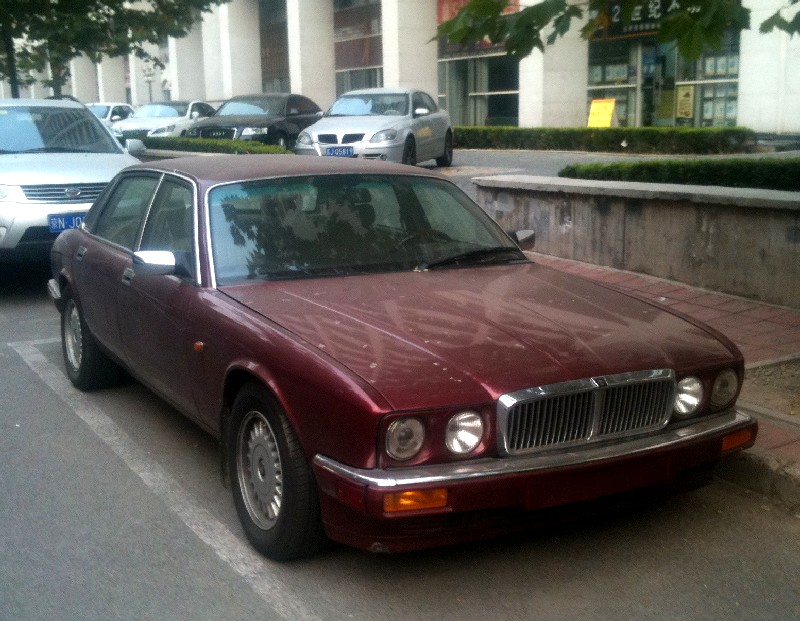 A very fine Jaguar XJ6 in red, seen in a narrow street not far from my home in Beijing. The ‘XJ140’ XJ6 was made from 1986 until 1994 and never officially exported to China, but some came in grey or via diplomatic channels. This particular Jaguar XJ6 is the American version which had round head lamps, the European XJ6 came with square head lamps. 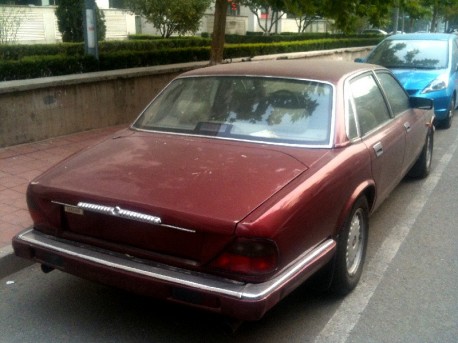 The vehicle looked basically all right, a bit neglected and the paint was falling of in some places. Not much rust thanks to Beijing’s dry climate. Chrome was still shiny and alloys original. A good cleanup will make this old XJ6 look like new again! The XJ6 was powered by a 3.2 six-in-line or a 4.0 six-in-line. Sadly the engine-badge was gone so I don’t know what sits under the bonnet here.