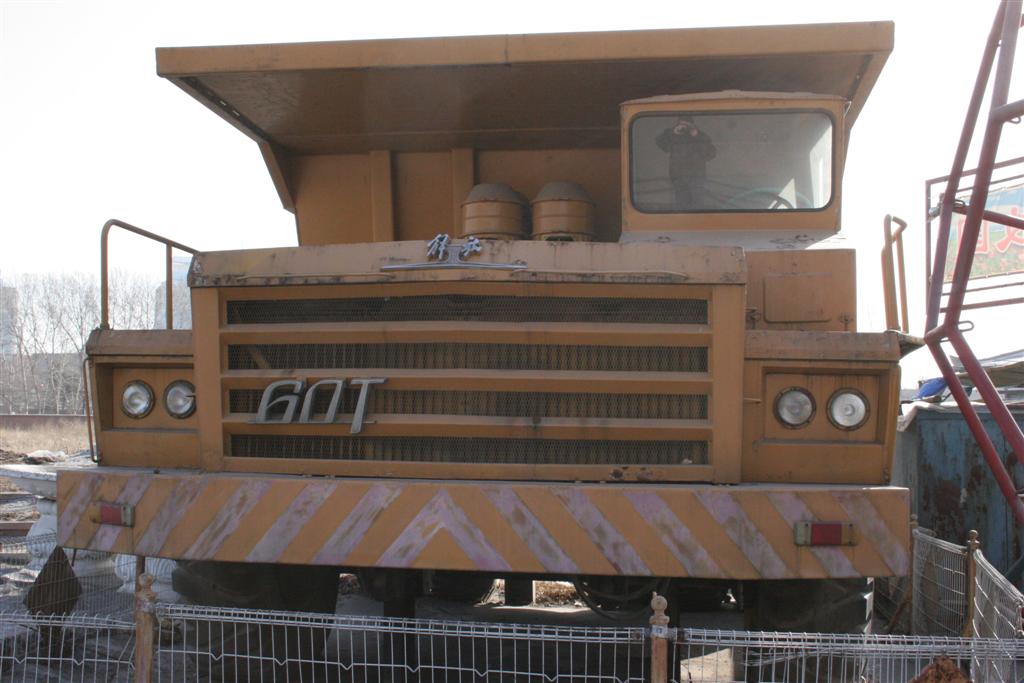 Back in February I posted a post on the First Auto Works Jiefang CA390, the second China-developed dump truck that could carry an impressive 60 ton when it debuted in 1973. By the time I write the article I was pretty sure all CA390 dump trucks were lone gone and crushed. I was wrong. 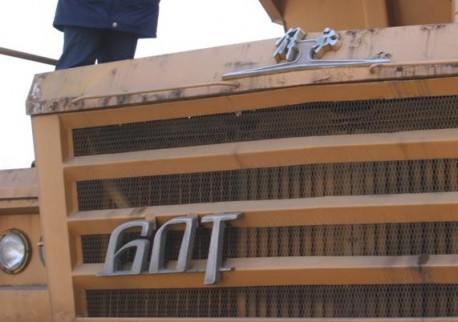 The Great Automotive Explorer Erik from ChineseCars.net met a yellow Jiefang CA390 in the great city of Changchun in 2006. Changchun, capital of Jilin Province, is also the city where the CA390 was made. The fantastic dump truck was clearly dumped and no longer used, but at least it was alive! Characters above grille mean ’Jiefang’, liberation, a sub-brand of First Auto Works named after the founding of communist China in 1949. 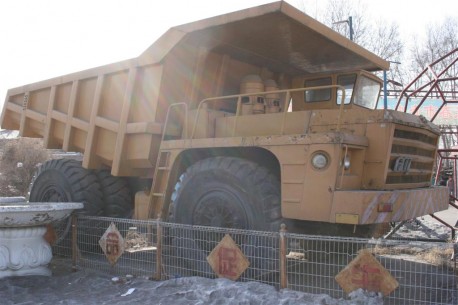 The giant machine seemed in good shape in 2006, but sadly it is unknown whether the vehicle it still there today in late 2012. The Jiefang CA390 measured 9.2 meters long, 4.7 wide and 4.3 meters high. The engine came from the New Machinery Factory in Chongqing. Production ended in 1978. 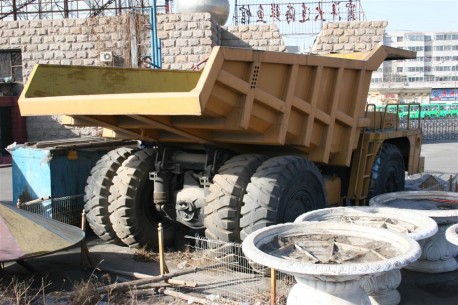 The Jiefang CA390 was an important milestone for China. In those Cold War years most of the west didn’t want to sell any machinery to China so the country had to rely on the eastern bloc. However, there wasn’t much love there either and quality was a big problem.

China so, needed its own dump truck, badly wanted for all the giant construction schemes the communist came up with. China’s first dump truck was the 1969 Shanghai D380 that could carry 32 ton. Clearly not enough, so the engineers of First Auto Works (FAW) in the north east started working on something bigger. 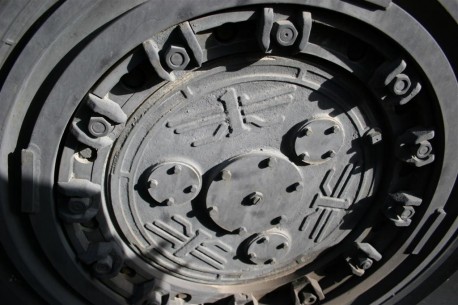 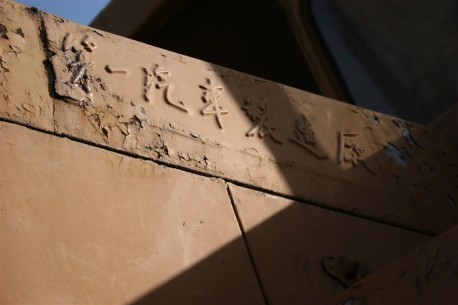 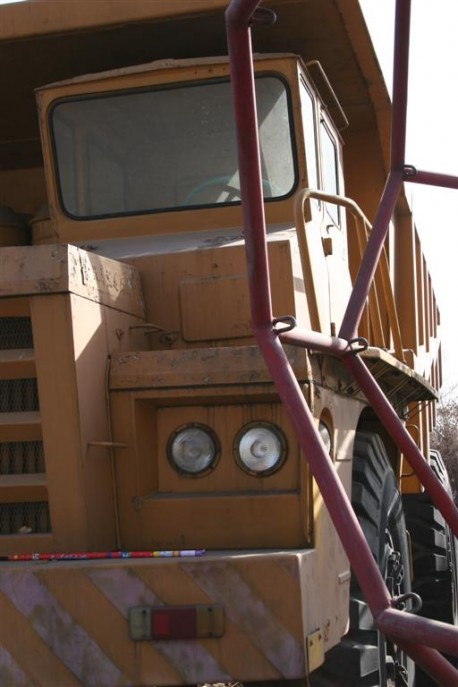 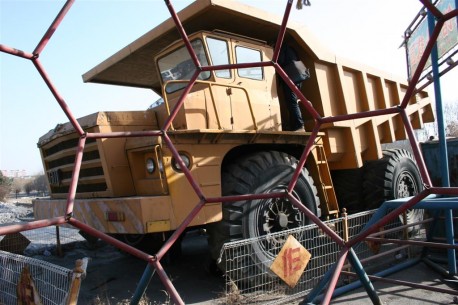 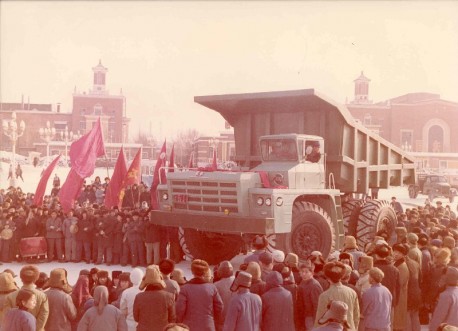 The fantastic full version of the picture I used for my earlier article. It shows the first Jiefang CA390 dump truck parading in the center of Changchun city in 1973. It was December so very cold, spectators are all wearing long coats and fur hats. But not even the north eastern freeze could stop them checking out that new dump truck!