Hole hits the Road in China 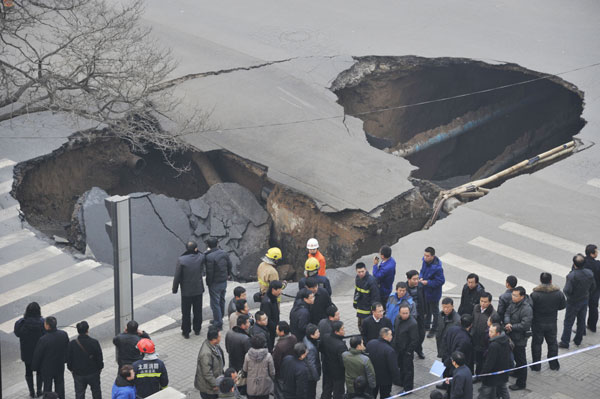 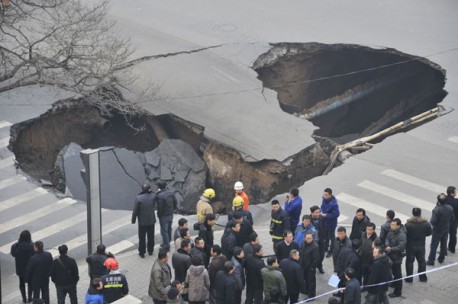 A giant hole hit the road on a major intersection in the great city of Taiyuan in Shanxi Province. The street suddenly collapsed, miraculously nobody got hurt. The hole consist of two similar shaped holes, each about ten meters in diameter. Three gas pipes and one water pipe were destroyed by the weight of falling earth and asphalt, causing danger for the whole area! Fortunately the authorities managed to prevent further disaster. 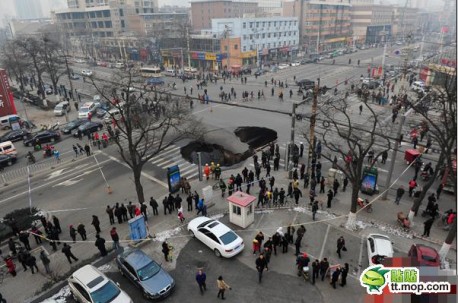 Sudden holes in roads are a common thing in China, they are caused by poor construction and should not be confused with the natural phenomenal of a ‘sinkhole’. Sinkholes happen in China as well, but mostly in remote areas high up the mountains. Earlier on we had a bus going through the road in Nanjing, a BenBen hitting a hole in Hefei and a minivan going down sideways in Guilin. 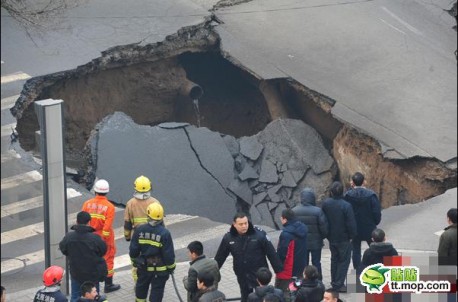 Accidents like this are mostly related to nearby construction. The roads themselves are to blame as well. Roads are build in great haste in China, sometimes up to several kilometers a day. Speed matters more than quality so mistakes happen very often. Inspection does exist but if often simply forced to look the other way by local authorities who want that road done quick. 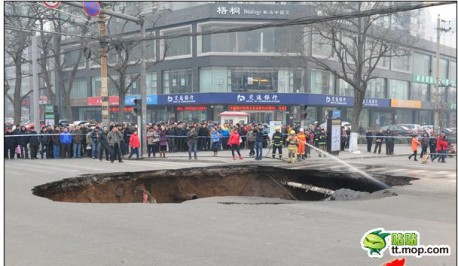