White Aston Martin One-77 pops up in Beijing 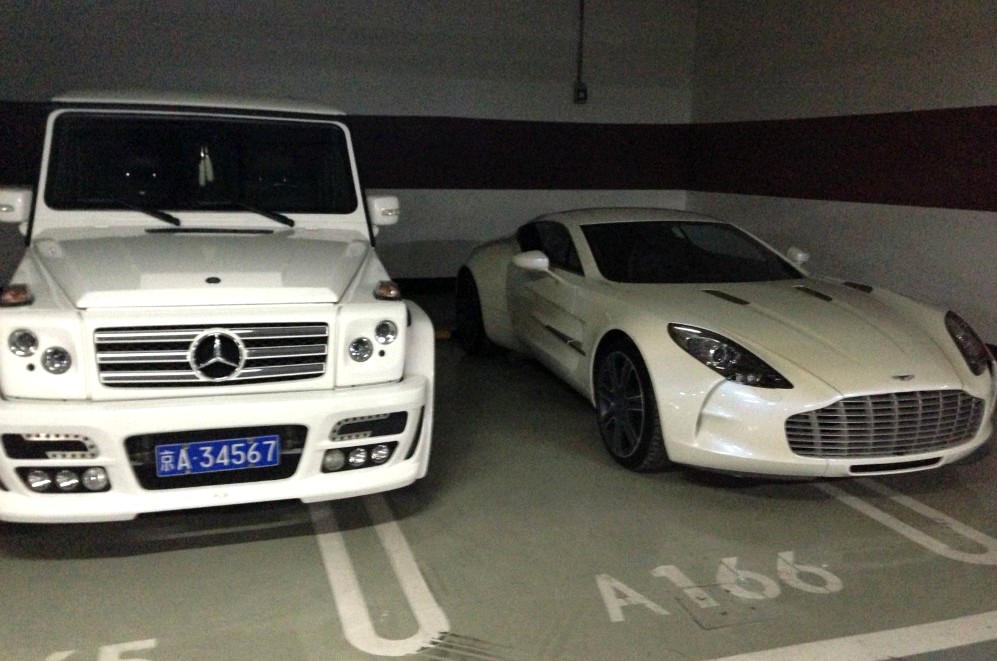 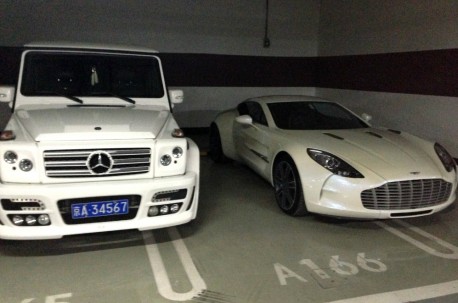 A white Aston Martin One-77 has been seen in an underground parking garage in Beijing, parked next to pretty-faced ART Mercedes-Benz G-Class. The white car is the Xth One-77 we meet in China, after a brown example in Beijing, a black car in Shanghai, a white example (scroll down) and a silver car from Shenzhen that famously crashed in Hong Kong.

The extremely fast Aston Martin One-77 is powered by a 7.3 liter V12 race engine that poops out 750hp and 750nm. The One-77 was also the most expensive car ever in China, it sold for 47 million yuan or 7.4 million US dollar, this record still stands.