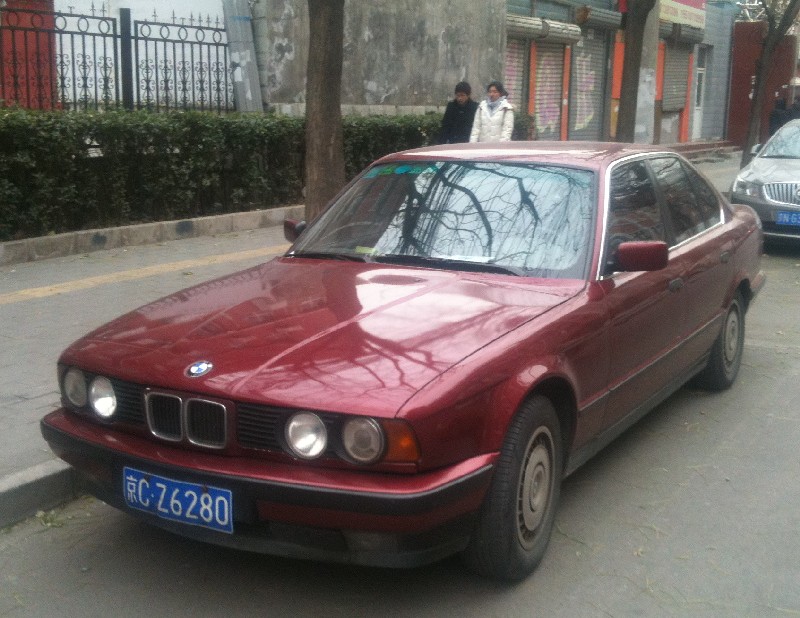 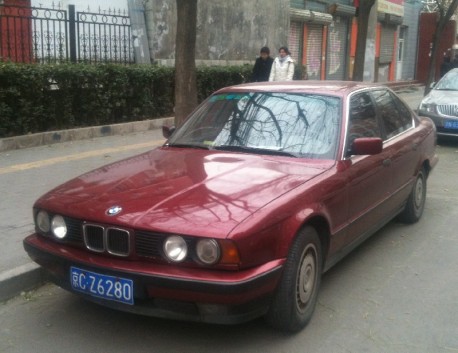 A beautiful E34 BMW 520i in wine red, seen parked on a street not far from my home in Beijing. The E34 5-Series was made from 1988 until 1996 and never officially exported to China, some cars however arrived via the gray market or diplomatic channels. 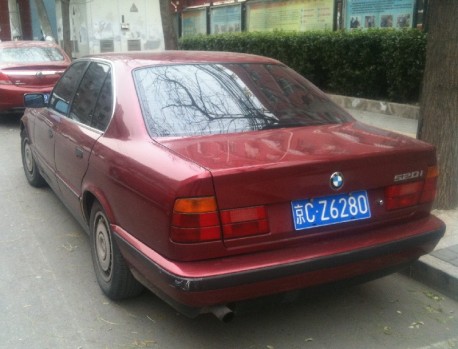 This red example was in very good shape. Paint still fresh, no rust at all, and all parts original. the BMW 520i was powered by a a 2.0 six-in-line that was good for 148hp and 190nm. Not a super car but it wasn’t slow for its time, top speed was claimed at 211km/h. 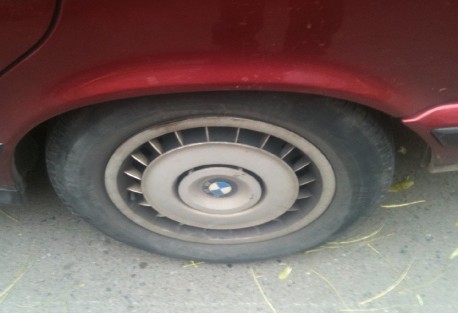 Very sleek wheel covers, complicated design worth keeping clean… This red 520i is the fifth E34 we met in China, earlier on we saw: 540i in gold, 520i in white , a lowrider and a 540i with a telephone.