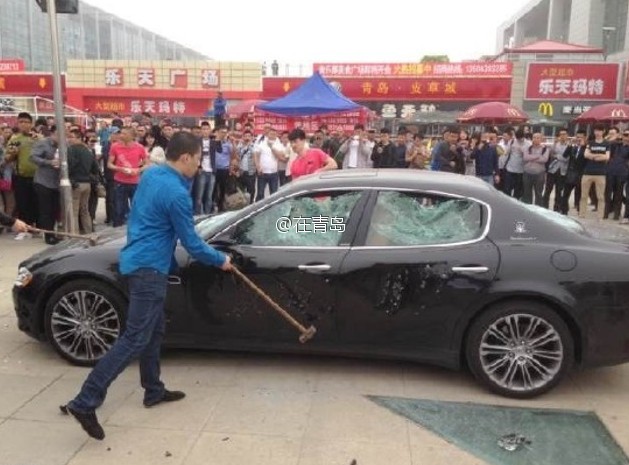 An angry owner of a Maserati Quattroporte in China hired three thugs to destroy his car in the great city of Qingdao in Shandong Province. The owner has a long standing conflict with a local Maserati dealer and an insurance company over maintenance costs. A new Maserati Quattroporte costs 2.6 million yuan in China, or  423.000 USD.

The owner choose today, May 14, as the day for his ‘protest’ because it coincides with the start of the local Qingdao International Auto Show.The smashing took place at 10:30 this morning, straight in front of the exhibition hall. Many Chinese auto journalists in town, so maximum publicity was guaranteed. 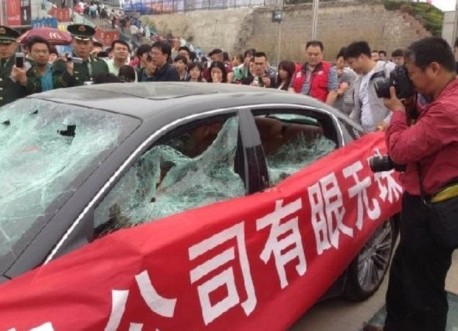 The owner claims his rights as a consumer were seriously violated and accuses Maserati China, the Maserati dealer, and the insurance company of fraud and all other kinds of injustices. The owner of the Maserati has set up a special Weibo-account (Chinese variant of Twitter) where he posts and reposts pictures and articles about his desperate deed. 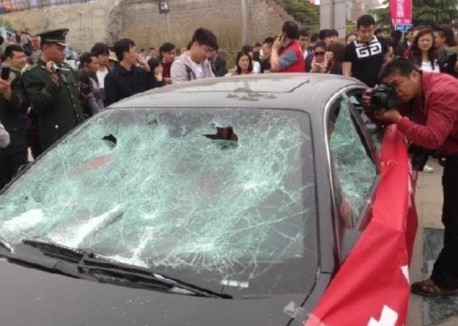 The windows were all smashed up and the bonnet received some blows as well, but the vehicle is otherwise all right, indicating the owner didn’t want to go the whole way. 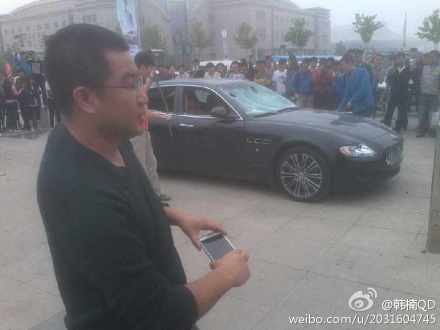 This is the owner, surnamed Wang, in black shirt with a trendy phone. The conflict started in 2011, when the owner and the dealer got into a row about a repair costs and the quality of some replaced parts. The dealer apparently replaced a broken part with another used part, and not with a new part. The dealer then charged 2400 yuan (390 USD) for the ‘repair’. The insurance company backed the dealer and a long and painful process of angry letters and angry phone calls started, a process that continues all the way until today. 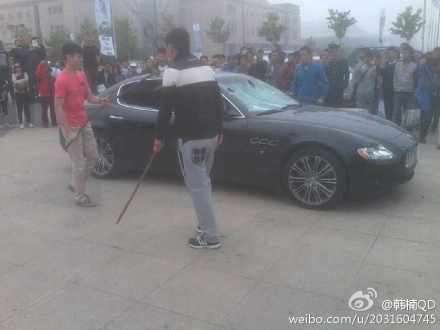 The owner prepared his action very well. He had informed journalists by phone, email, Weibo and even by flyer what and when he was going to do. It seems very likely Maserati knew about it too. Strangely, the owner hasn’t issued any formal demands, he just keeps ranting about his rights as a consumer and those bad bad Maserati and insurance companies.

Maserati has yet to respond. Consumer rights are a hot topic in China these days with many Chinese fuming against the perceived ‘arrogance’ of especially Western companies. A relatively small conflict can under these circumstances easily get out of hand, in a bad way. Maserati better respond quickly, announcing a serious investigation or such, otherwise the whole country could get angry… 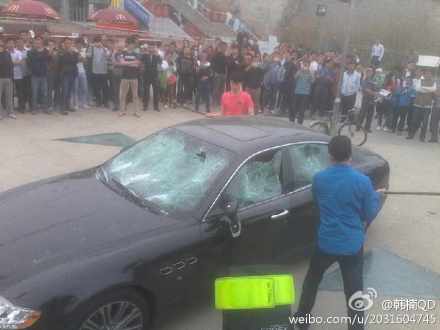 The Maserati owner was inspired by a similar deed of a Lamborghini owner in 2011, in Qingdao as well. Something ado with the salty sea-climate..?  In that case the car was totally smashed by nine hammer-bearing men. 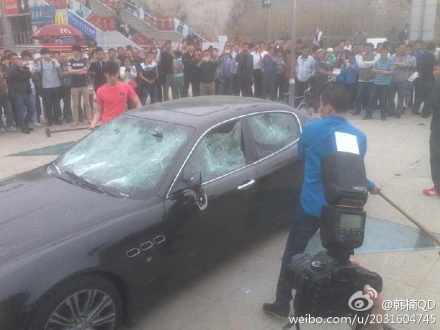 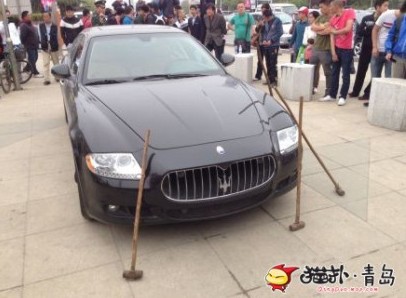