Spy Shots: Hongqi L5 is Naked outside the Factory in China 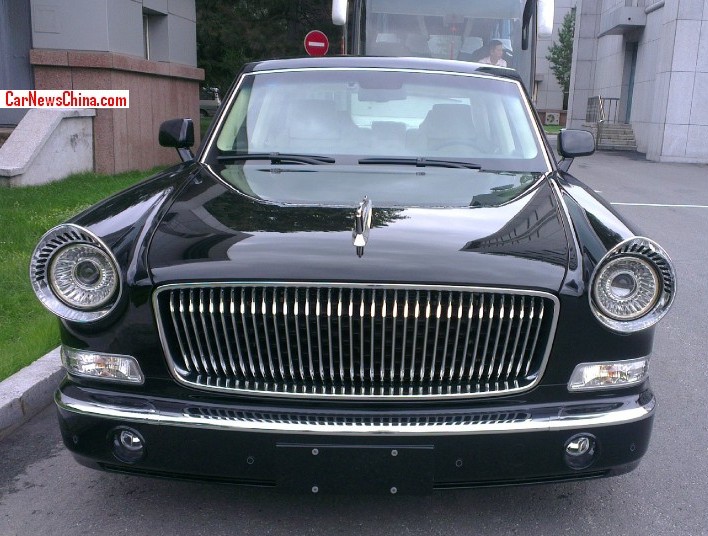 New spy shots again of the upcoming Hongqi L5 limousine, China’s Bentley & Rolls-Royce fighter. Yesterday we saw one example all-naked inside the factory, and today we got one all-naked just outside the factory. It is again a government car, with flagpole holders but without bullet-proof windows.

A very clean ‘n cool side profile. Very gangsta in a way, with a strong low stance, wide C-pillars, and giant 21 inch wheels.

The governmental Hongqi L5 was launched for official duties during the visit of French President Hollande in late April and it  debuted in April on the Shanghai Auto Show. The L5 is the third car in the Hongqi  L-Series, after the giant Hongqi L9 (aka CA7600L) and the slightly shorter Hongqi L7.

The civilian version will be launched on the Chinese car market in the first half of next year, official debut is expected for the April 2014 Beijing Auto Show. 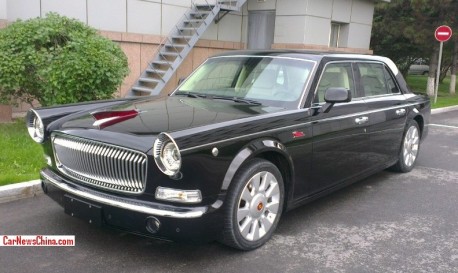