Transporting recyclable materials on a Truck in China 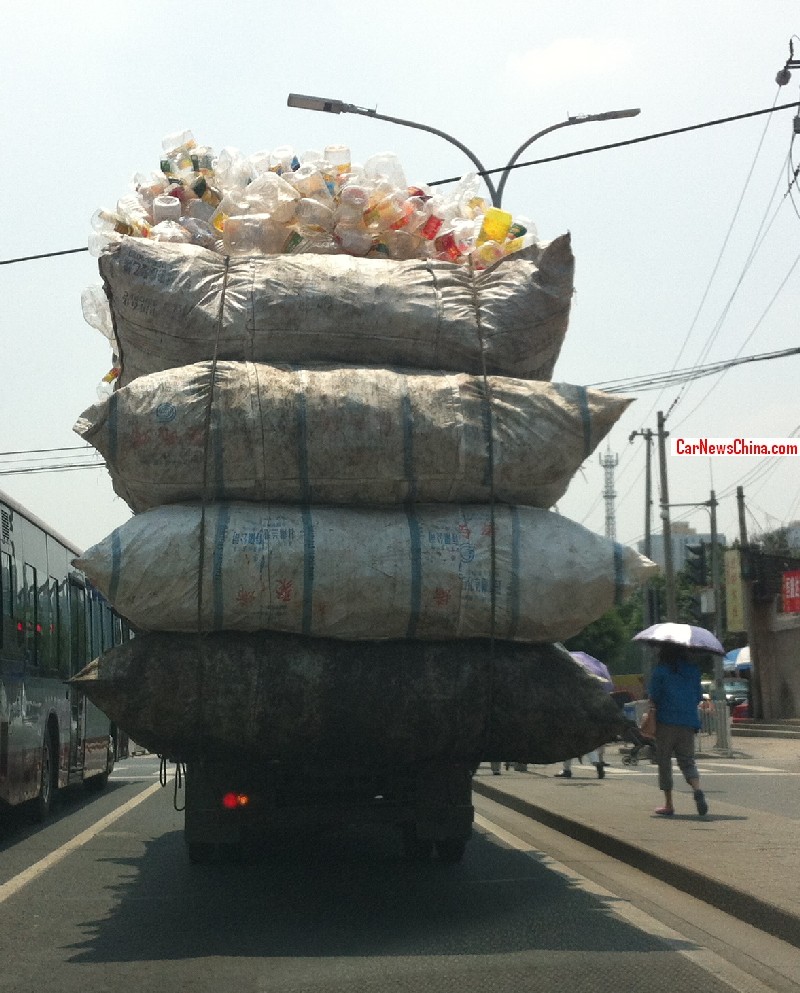 A heavy truck loaded to the heavens with recyclable materials, seen here in the capital by reader Lao Wei, thank you for the picture! The truck is most likely on its way to a recycle facility. Most of the materials are packed in giant bags, which is a rather neat feat for the business.

Only the top layer is uncovered and consists of empty plastic bottles, mostly cooking oil, and some Coca Cola.

Transporting any materials in this way is officially very forbidden in Beijing, but in reality nobody cares, not at least the police. A few other recycling examples: bottles, tricycle, and a blue truck.