JAC Heyue A30 will hit the China car market in September 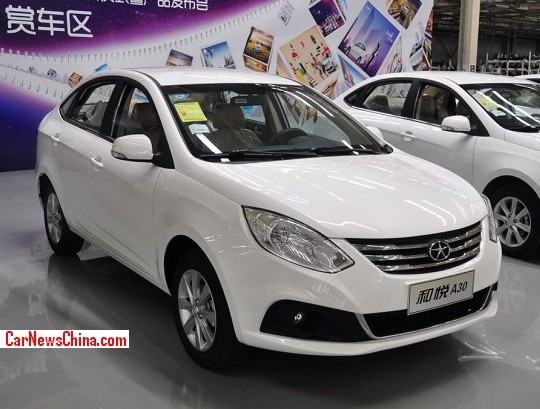 The new JAC Heyue A30 will be launched on the China car market in September, price will range from 60.000 to 70.000 yuan. The Heyue A30, formerly known as JAC BII, debuted in April on the Shanghai Auto Show. At the time JAC announced the A30 would hit the market in late May, but starting up production took a bit longer than expected. 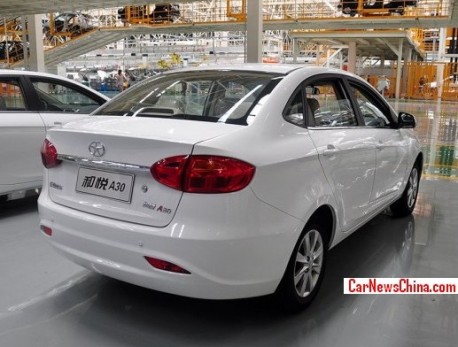 The line however, is rolling smoothly now, delivering brand new A30’s by the boat load. Power comes from a 1.5 liter four-cylinder with 113hp and 146nm, mated to a 5-speed manual or a CVT. JAC is also working on a new 6-speed automatic, which will be launched sometime next year.

The JAC Heyue A30 will compete is a very hot segment of the market, a segment that is basically completely controlled by local Chinese automakers. Main competitors are the Chang’an Yuexiang V5, the Geely Englon SC6, and the FAW Oley. 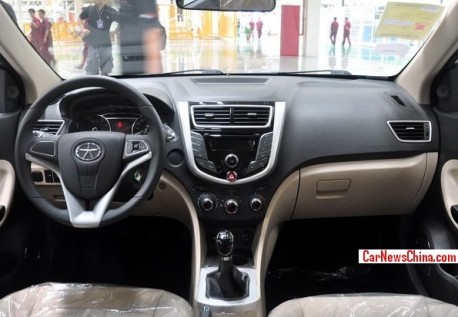 Black plastics a bit on the cheap side but overall not a bad place to be. Some chrome for luxury. Small screen. Non-sporty dials; JAC going against the trend here. 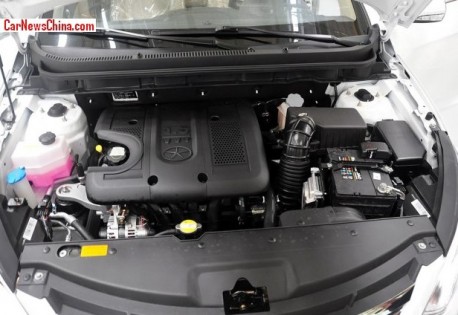