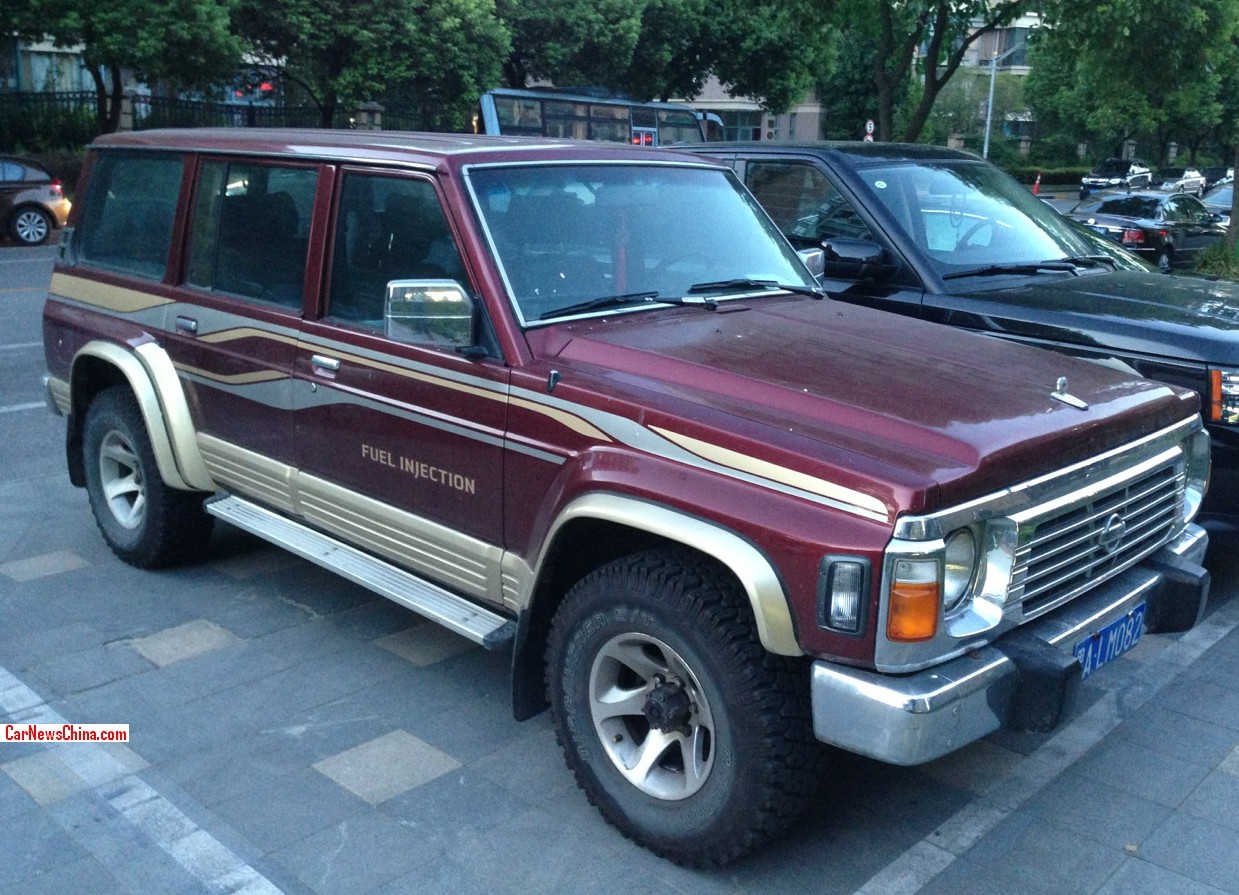 An extremely beautiful and extremely brute fourth generation Nissan Patrol, born in a time when cars were still men! This fine wine red example was seen in the great city of Shanghai by reader Chiprdan, thank you for the pictures!

The great vehicle seems to be in perfect condition. Paint as good as new, chrome is still shiny, and all the typical 1990-Japan stickers are still intact, including the brilliant FUEL INJECTION emblem on the front doors.

Coincidentally, I met a green fourth generation Petrol in Beijing at almost the same time. 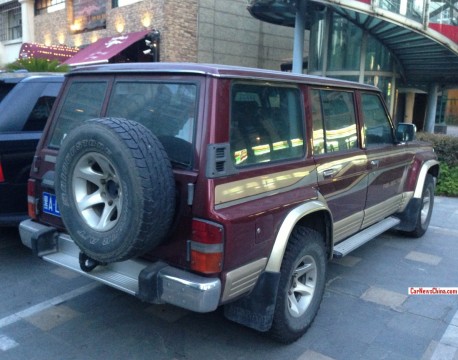 The fourth generation ‘Y60’ Nissan Patrol was made from 1987 until 1997. It was never officially exported to China but some cars arrived via gray channels, usually bought by state-owned oil companies for exploration. These days most have ended up on the private market.