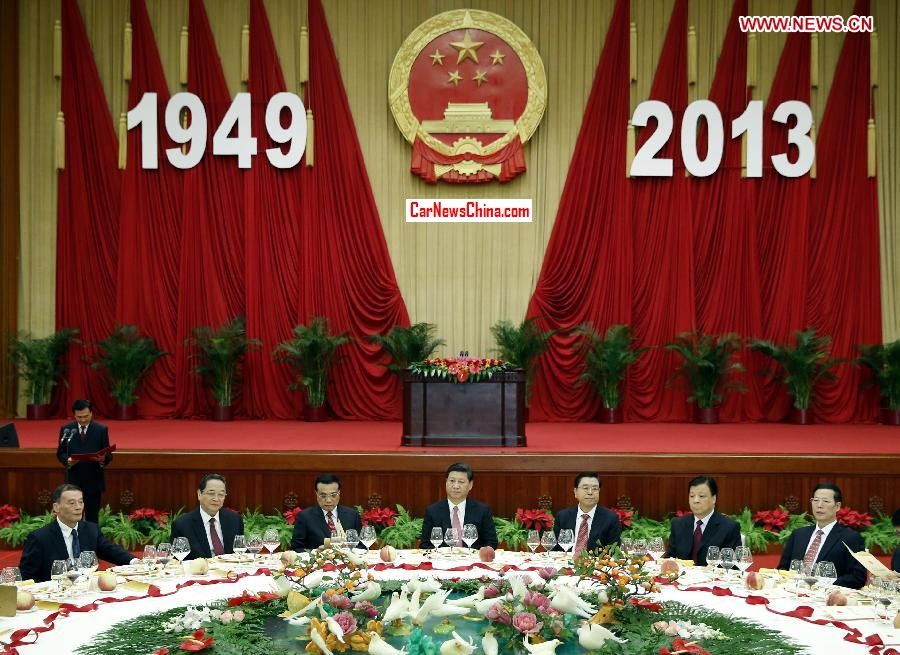 Today China celebrates the 64th anniversary of the founding of the People’s Republic of China. Congratulations and cheers! On pic President Xi Jinping (center) enjoying himself at the traditional anniversary reception in the Great Hall of the People in central Beijing. The whole country is on National Holiday until August 8 so new car news will be thin, but we will fill up this space with loads of Spotted and other fuzzy wuzzy things. Greetings!