Hongqi L9 on a truck in China 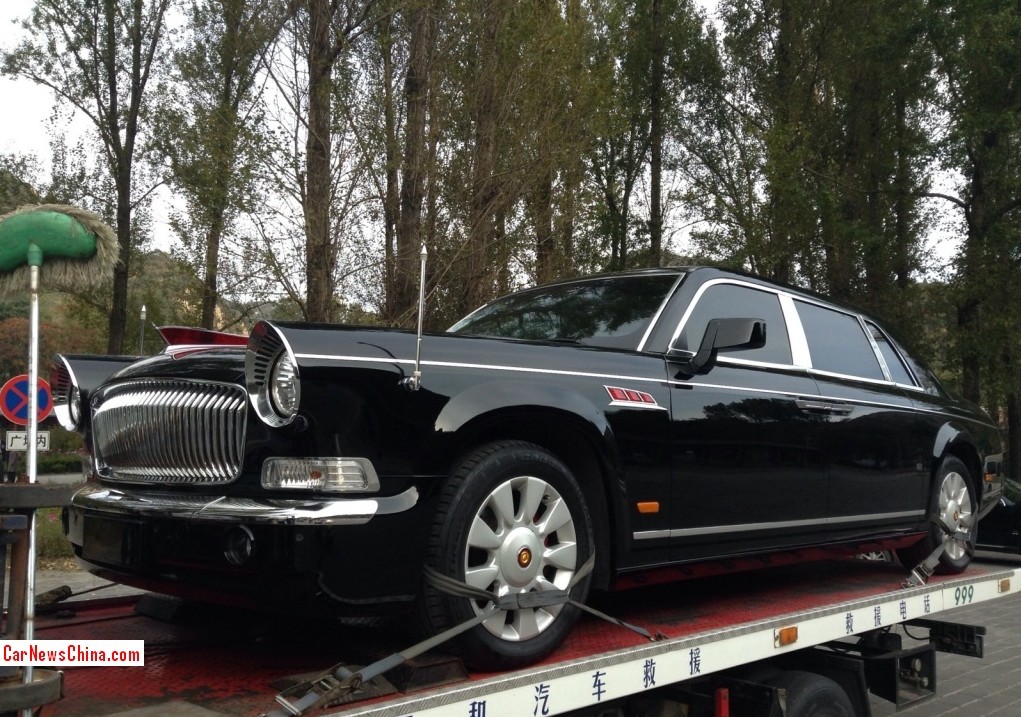 A gigantic Hongqi L9 state limousine, seen being transported on a flatbed truck somewhere north of the capital Beijing. The Hongqi L9 is a government-only limousine, unlike the smaller Hongqi L5 that will hit the China car market next year. The Hongqi L9 debuted as the Hongqi CA7600L on the 2010 Beijing Auto Show, and at least ten of these majestic vehicles are used by the Chinese government today. 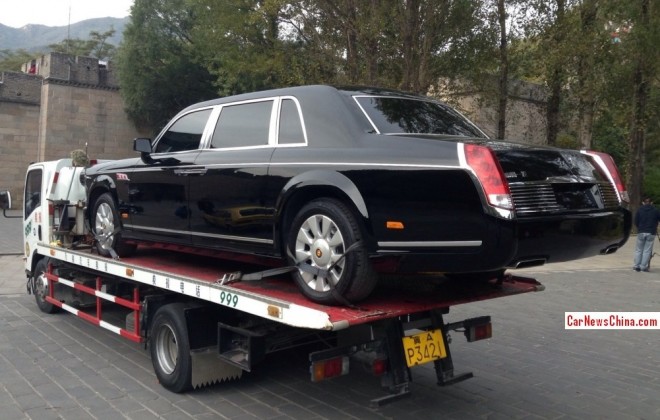 Huge Hongqi almost too big for truck. Size: 6395mmX2008mmX1720, wheelbase is 3800mm. Power comes from a 6.0 liter V12 with about 400 horsepower and 550nm, mated to a six-speed automatic. It is not a fast car, the base L9 weighs 3.5 ton, and that is without any armor or bullet-proof windows. The retro-modern design of the Hongqi L9 is inspired by the famously classic Hongqi CA770 state limousine of the 1970’s.