The Girls are waiting for the Wraith in China 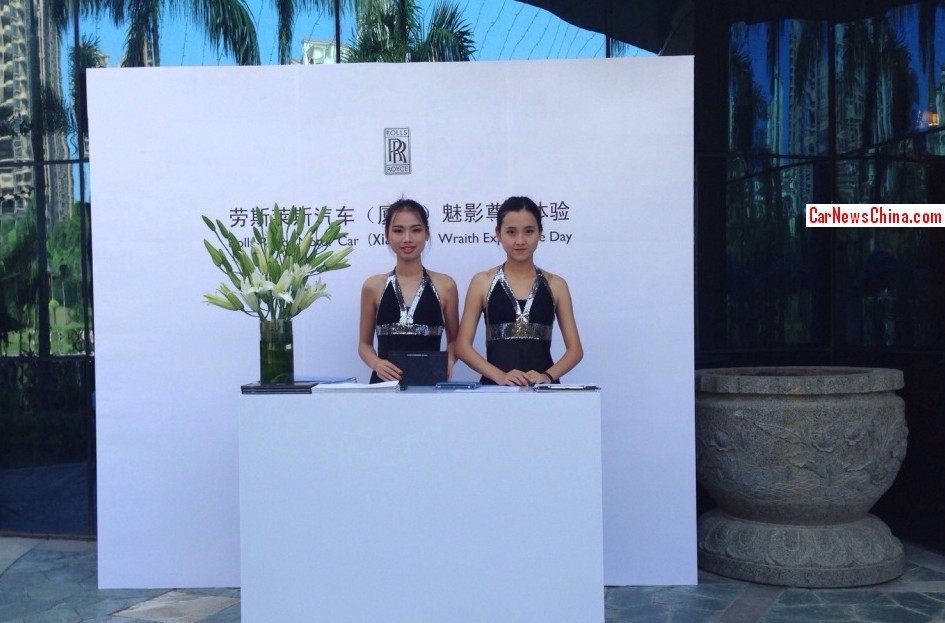 Last week we had the first Rolls-Royce Wraith arriving in China, making us wonder where it was heading, since the Wraith hasn’t been launched in China yet. Now we know. The first Wraith went to the great city of Quanzhou in Fujian Province, for a wealthy-client only ‘Wraith Experience Day’. Sadly, we were not invited, but happily a member of the event staff shot a few pics of the rehearsals, and we are starting with two sweet little girls waiting for the Wraith buyers at the reception desk. Girls like this always say they work in ‘hospitality’. 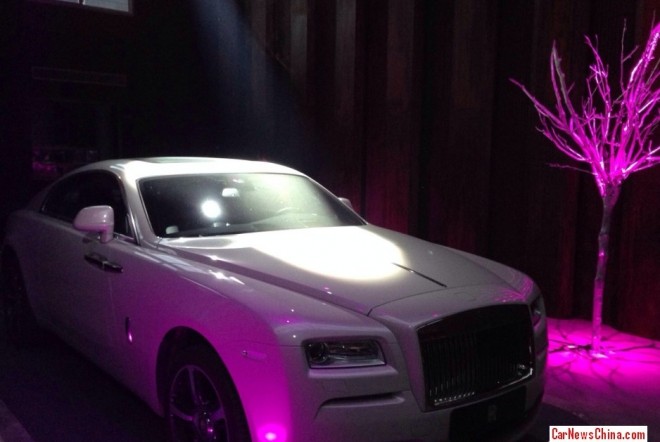 There is our mysterious Wraith. Parked in a hotel ball room, surrounded by barred trees, fake ones for that!, and purple light, which doesn’t do much good to white paint. 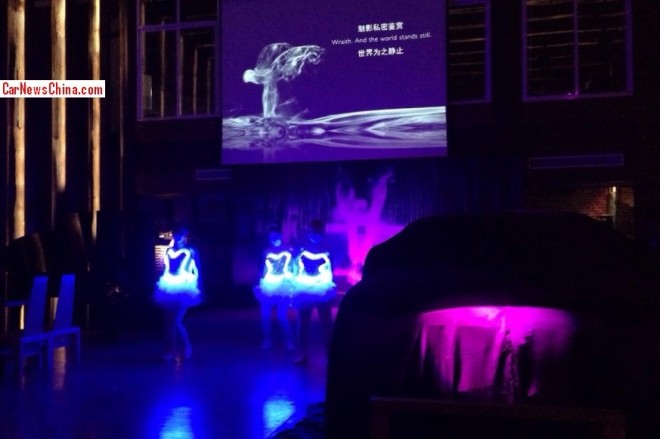 Dancing girls rehearsing their dance. Girls like this always say the work in ‘art’. They wear white dresses with black tops. The lights are purple and blue. Wraith covered here in gray cloth. 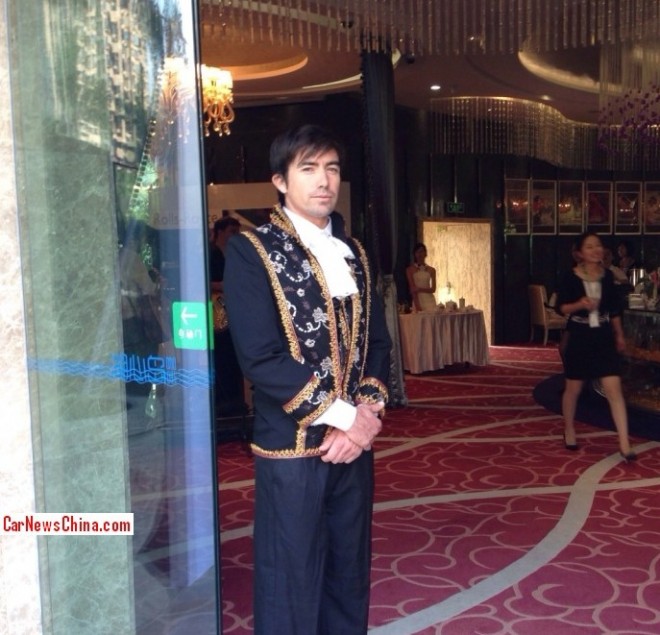 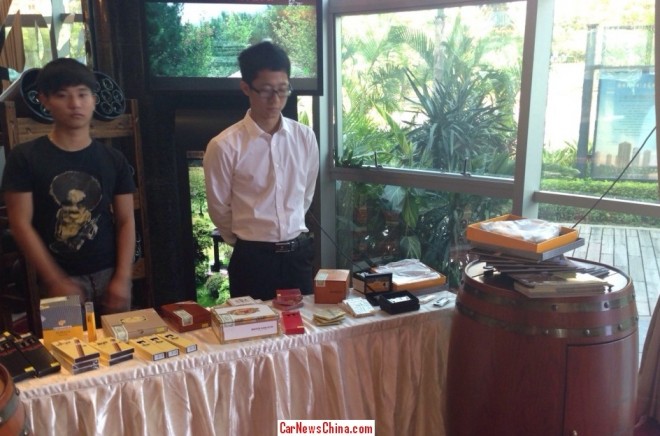 Presents awaiting. Cigars and chocolate. No booze. The man of the left loox strangely out of place. 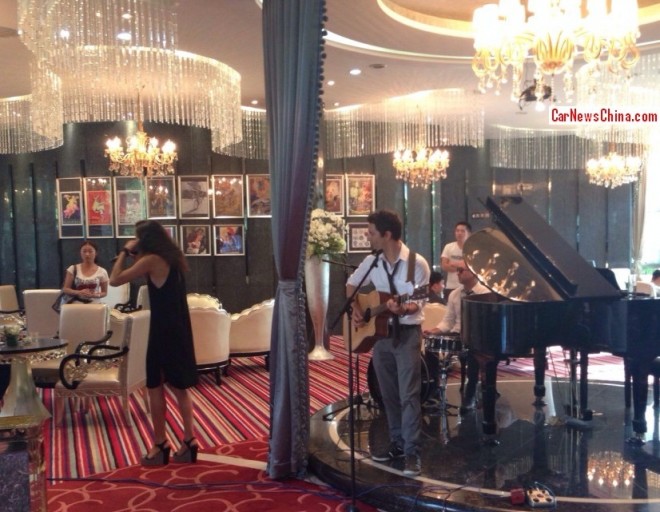 The band rehearsing. The singer is another foreigner, with an acoustic guitar. He cool. Old lady in black dress can’t hear the other side, because the music. Singer looks at her annoyed.

Pic taken earlier at the day. Wraith arriving at the hotel. Official debut of the Rolls-Royce Wraith in China is scheduled for the Guangzhou Auto Show in November. Price will start around 5 million yuan or 820.000 USD. Mighty twin turbo V12 has 624 horses. China will love it.