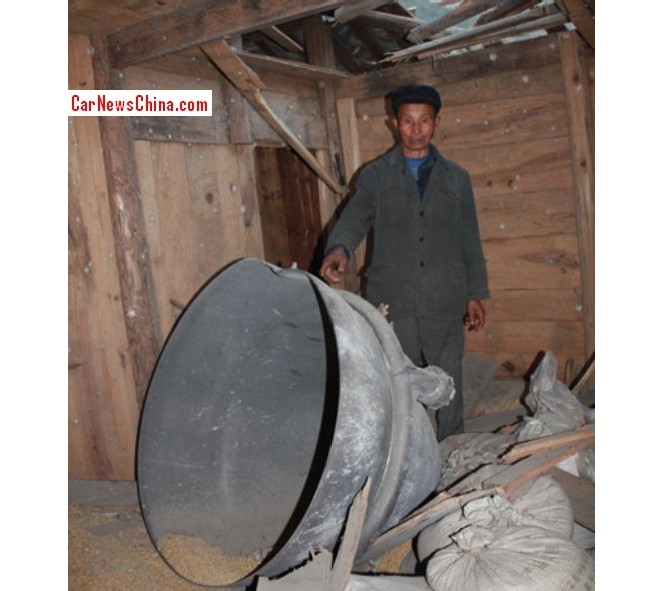 Launching rockets is like rocket science; not easy and dangerous. Villagers in Watang village, Shaoyang city, Hunan Province, found that out the hard way. Parts of the booster rockets of China’s Chang’e-3 moon probe fell through their roofs. On the photos villager Tang Weihan, who found the tip of a booster rocket in his storage room, but fortunately not on his head. Chinese media say Tang has been compensated 10,800 yuan ($1,772) for the damage. 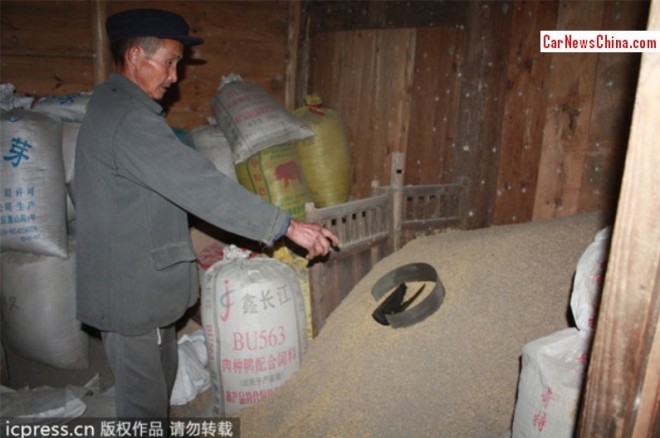 Tang pointing at some other rocket parts. The rocket scientists had actually calculated that parts might fall on the village, and most villagers were evacuated long before the launch. Lucky Tang however stayed on, but it seems unlikely he will do the same when the next rocket hits the heavens.