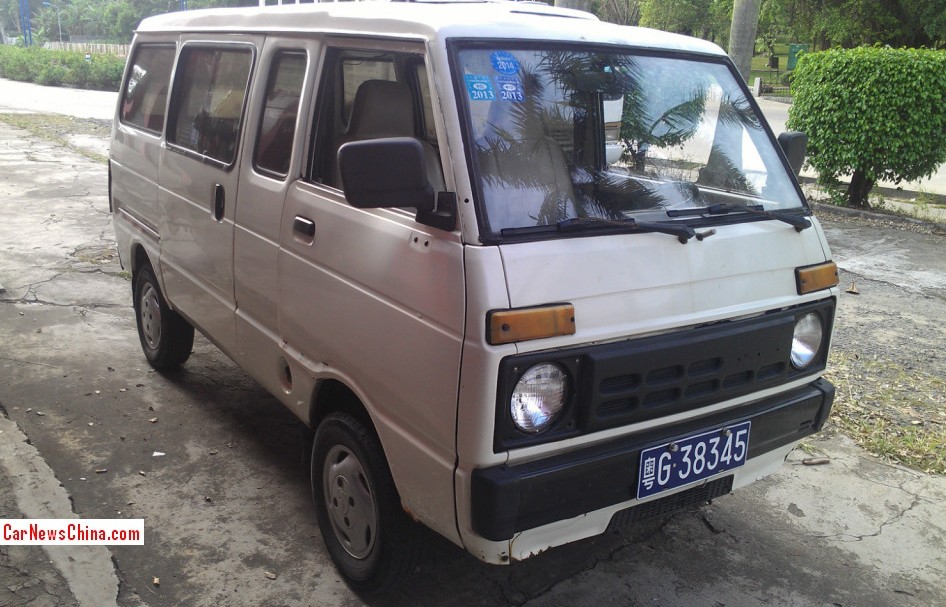 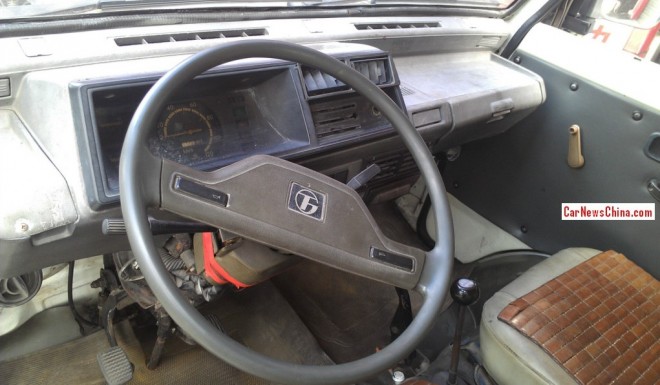 Note the old ‘Tianjin’ logo on the steering wheel. The Tianjin Huali Dafa TJ110 was based on the 1981 (S65) Daihatsu Hijet microvan. In 1983  Tianjin Huali and Daihatsu Motor Company agreed to produce the Hijet in China under a license agreement. The venture was formally known as ‘Tianjin Daihatsu’. 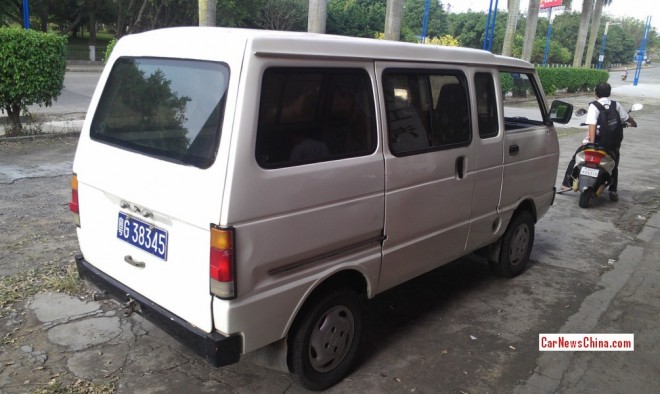 This particular white example is a rare ‘double-cab’ variant, note the extra window behind the cabin. Power came from a Daihatsu 843 cc three-cylinder CD engine with an output of 43hp. The TJ110 was facelifted in 1989 and renamed to TJ6320. Production continued all the way to 2002. In 2003 Tianin-huali started production of the Happy Messenger (Xinfu Shizhe), based on the first generation Daihatsu Move, again under a license agreement.