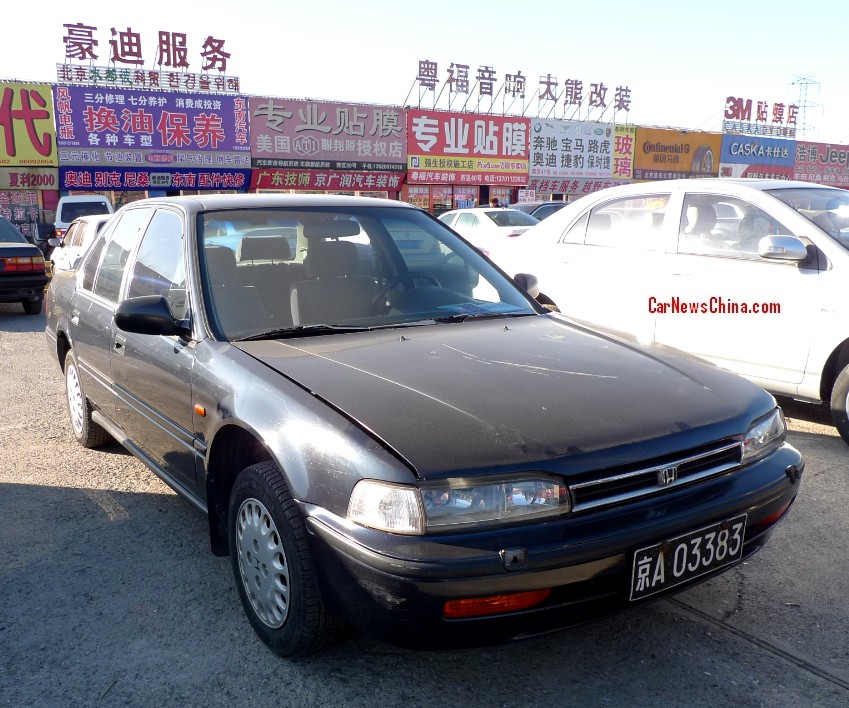 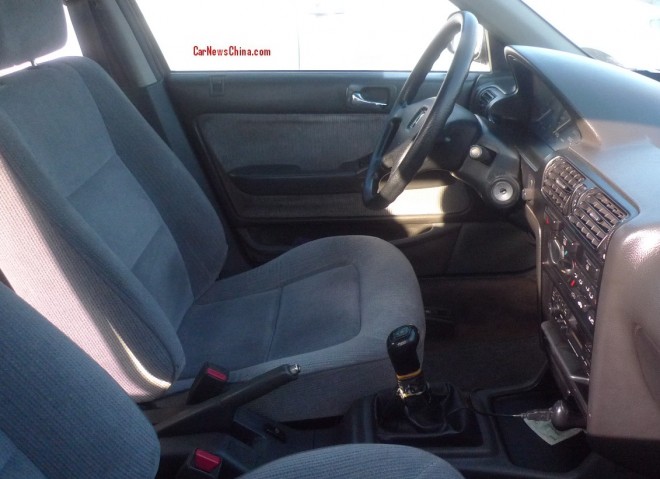 The interior was in very good shape as well. Everything seems original except for the gear lever which looks like an early 00’s after market replacement. The 4th generation Honda Accord was available with 1.8, 2.0, and 2.2 liter 4-cylinder petrol powered engines. This particular car is a 2.0 which had an output of 135hp. 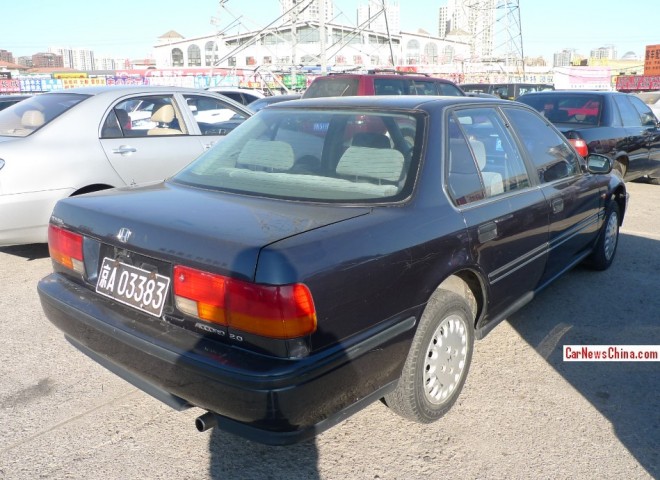 Wheel covers are correctly period. All badges still on the car. Paint looking crispy. The 4th generation Honda Accord was never exported to China and is therefore a very rare sight on Chinese roads. This Accord has black license plates indicating it once belonged to a foreign-funded company which were allowed to import their own cars in the 1980’s and 1990’s.

A great little Honda sedan, monument of the early 1990’s, let’s hope she rides the streets of the Capital for a long while more!