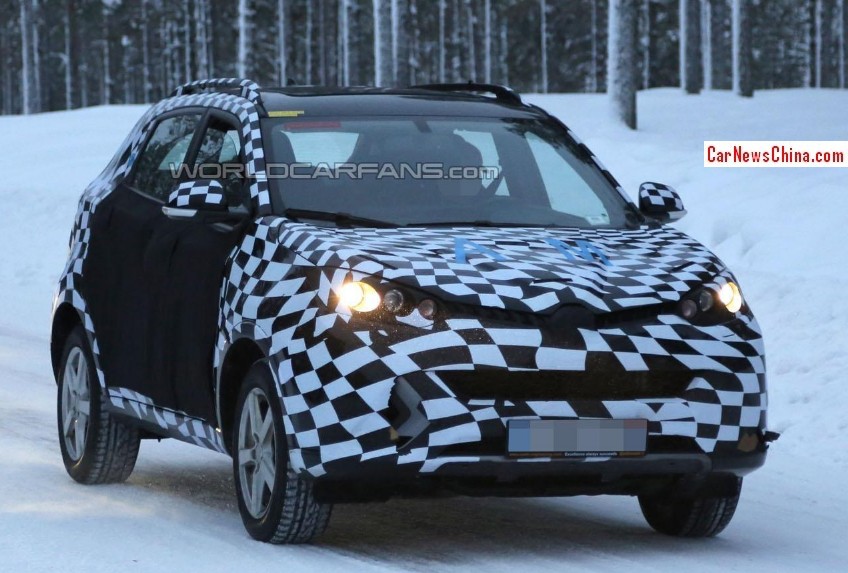 Spy Shots of the MG CS SUV, spied for the first time in Europe by WorldCarFans.com. The test in Europe indicates the MG CS SUV will be sold there, first of all in the U.K. but probably in other markets too. The MG CS SUV will have its world wide debut on the Beijing Auto Show in April and it will be launched on the Chinese car market in the second half of this year. Arrival in the U.K. is scheduled for 2015. 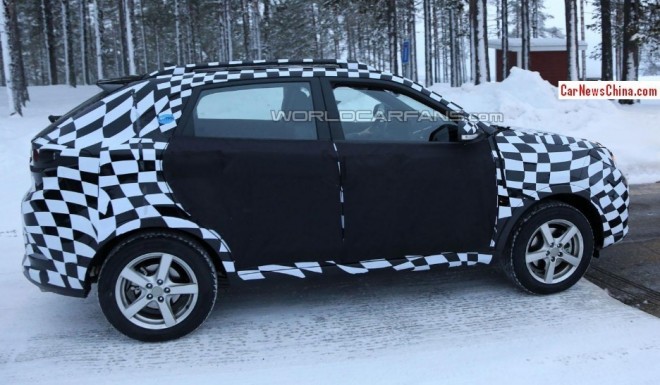 The MG CS SUV debuted as a concept on the Shanghai Auto Show back in April. MG said at the time that the CS was based on the MG5, but we have seen spy shots spy shots of an MG SUV based on the current third-generation Ssangyong Korando.

The latest reports in Chinese media seem to confirm the Ssangyong origins, saying the MG CS is based on the “Ssangyong Korando multi-platform”. They also say the wheelbase of the CS is 2650, which is exactly the same as the Korando’s.

There will be two engines available for the Chinese market: a 1.5 turbo with 135hp and a new 2.0 turbo with 204hp. The 1.5 turbo is developed by MG, the 2.0 turbo however is likely based on the naturally aspirated 2.0 that powers the Korando. Price for the MG CS SUV in China will start around 140.000 yuan. 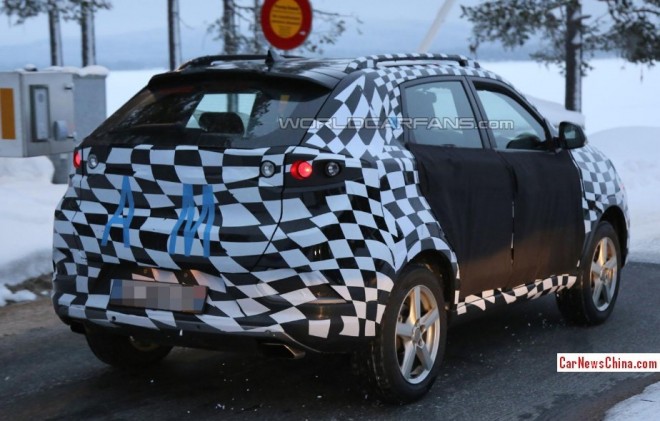 Rear spoiler for sporty. Roof rack for outdoor. Tires seem on the small side. Not sure where the vehicle was seen but it looks like somewhere far up north in Scandinavia.

Thanks to reader [email protected] for the tip!