Attack of the Stormtroopers at the Beijing Auto Show 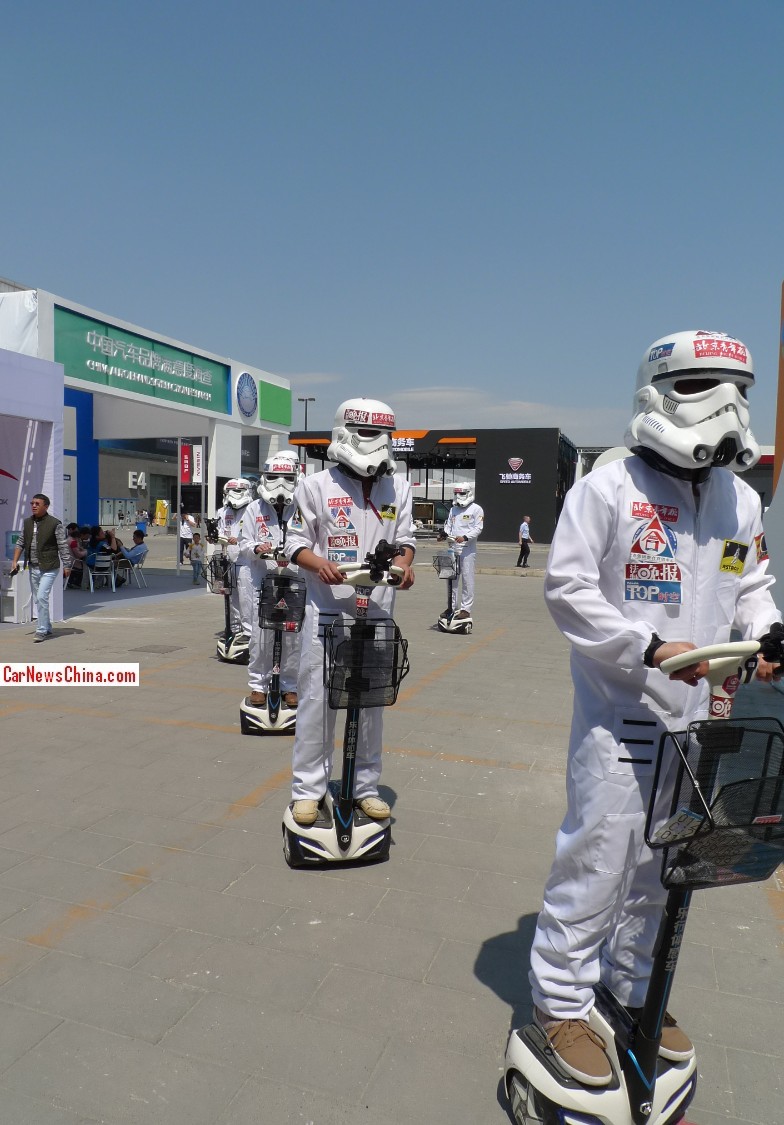 While walking in the outer areas of the 2014 Beijing Auto Show I suddenly found myself surrounded by some 30 Stormtroopers, moving fast on a Chinese Segway clone equipped with a basket. There was no way I could escape so I just kept shooting. 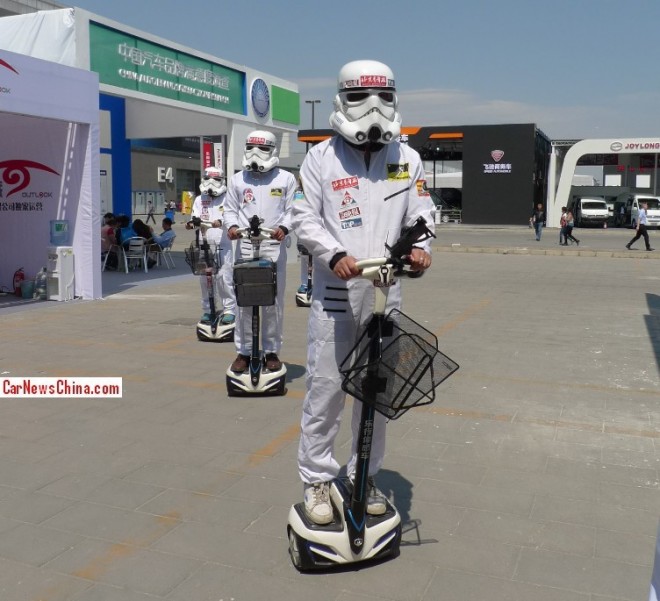 The helmets looked the deal and the suit was all right. Shoes could have done better. The Star Wars series is not very well known in China, so not many knew what was coming after them! 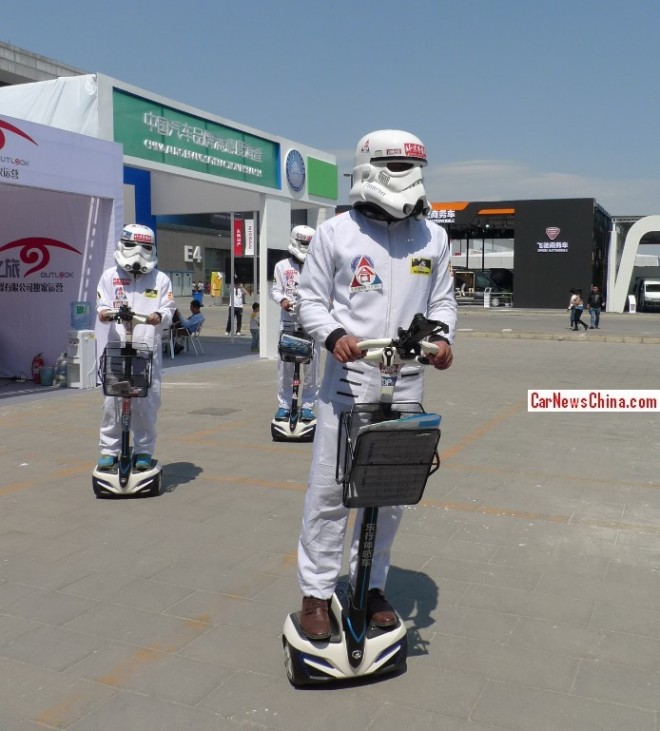 The Stormtroopers were actually on their way to lunch when I met them. Normally they deploy inside the exhibition hall, as can be seen here: 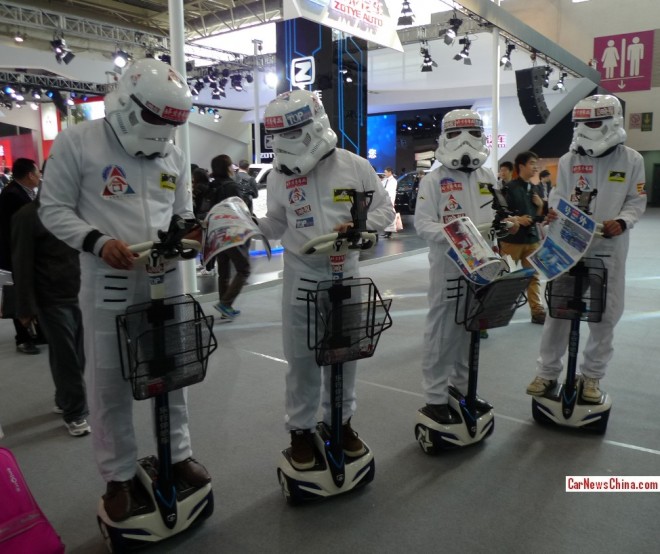 The troopers were handing out flyers for the major Chinese webportal Haowai.cn, and because Starwars they deserve a link. All safe in heavens…