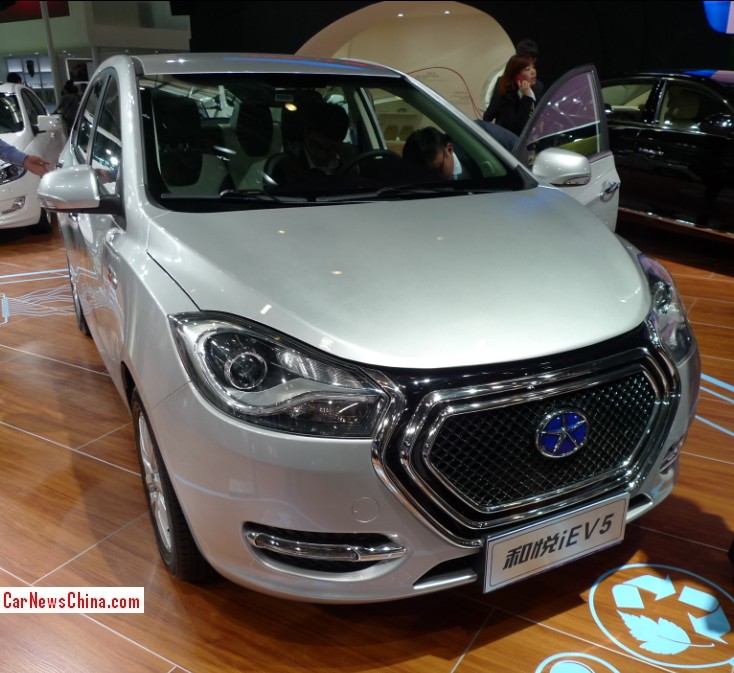 The new JAC iEV5 EV, debuted on the 2014 Beijing Auto Show, sporting an eye catching grille featuring thick chrome rims and a large JAC logo in blue. The JAC iEV5 is a new all-electric vehicle that will be launched on the China car market later this year. 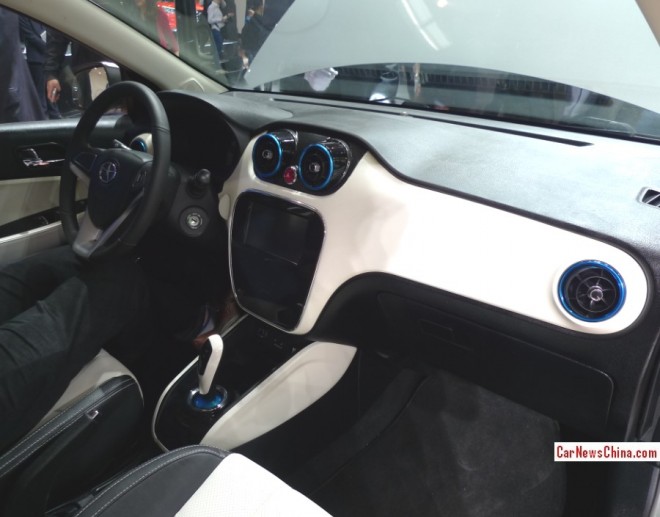 Interior in tech-style with blue detailing, a screen on the center console, and a very hip drive-selector sitting on a blue ball. 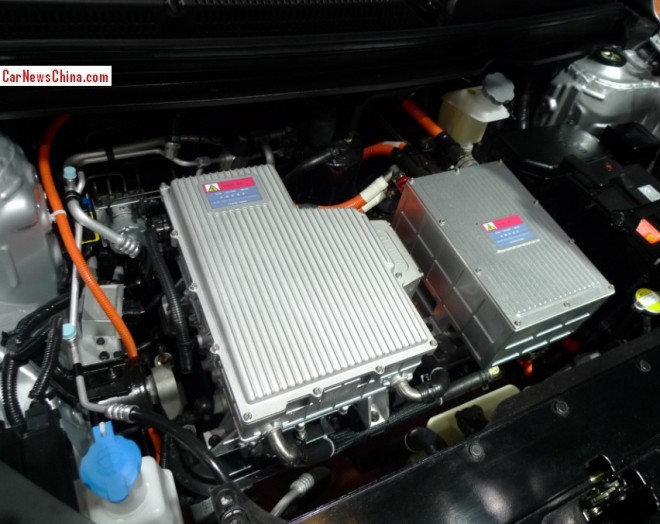 A look under the bonnet reveals the electric motor. Open bonnets are rare on the Beijing show where staff normally gets completely hysterical if you ask to see an engine. 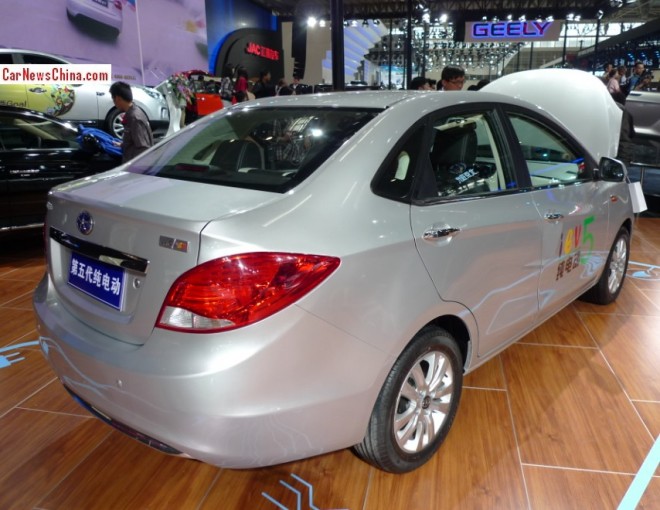 The JAC iEV5 will be positioned above the recently launched JAC iEV4. JAC is so far the only Chinese automaker that is offering two full-electric cars in its passenger car line-up. Even better known BYD only got one, and most of the others got exactly zero.