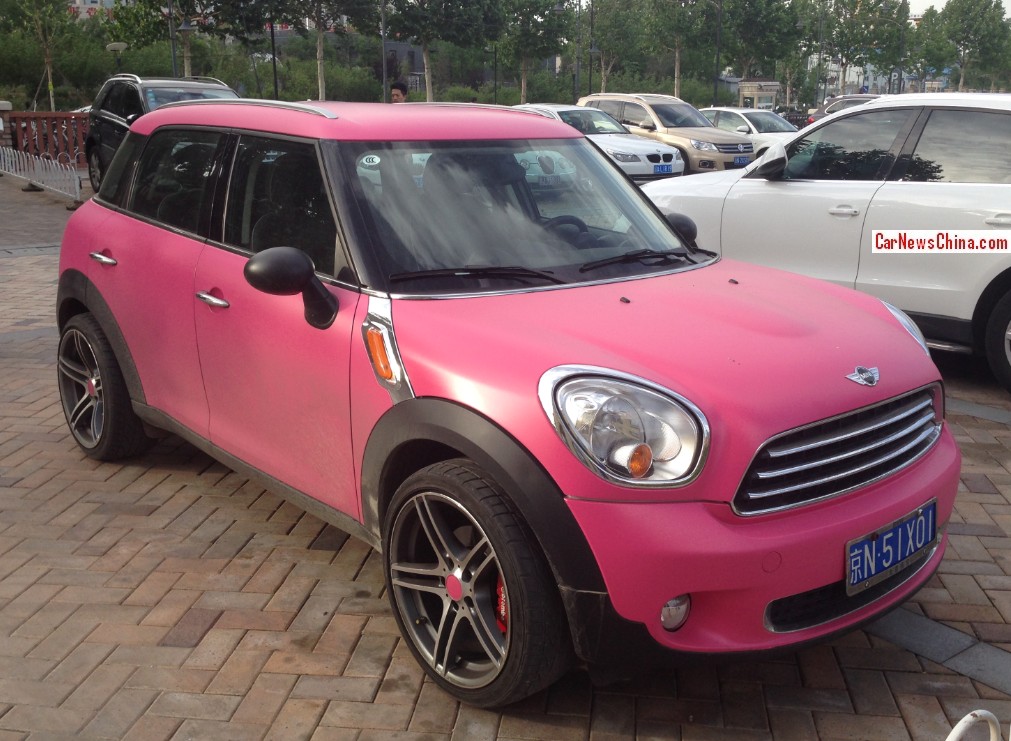 A very cool Mini Countryman, Spotted in China in front of the Solana shopping mall just east of the Third Ring Road in Beijing. The mad Mini was wrapped in a eye sweetening matte Pink wrap, and further mined up by darkened windows, three chromed bars in the grille, a chrome strip around the grille, chrome strips around the headlights, a large chrome strip around the side indicator, chromed doorhandles, and extra wide tires with five-double spoke alloys with a Pink dot in the middle and red Brembo brakes. 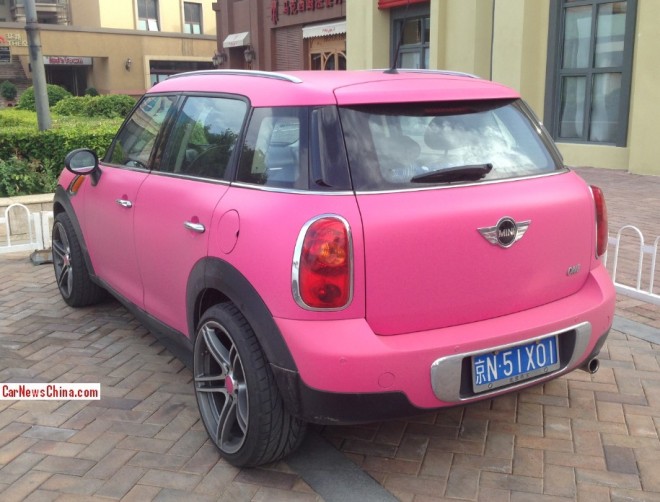 More party here with a chromed roof rack, chromed lower-window strips, chromed strips around the rear lights, and a completely chromed area around the license plate. Exhaust pipe tip in chrome too. The Mini Countryman is imported into China. Price starts at 259.000 yuan and ends at 429.000 yuan. Engines: 1.6 and 1.6 turbo, both petrol. Amazingly, but happily, this particular car is the second Pink Countryman I met in Beijing, the first was a night owl in 2012.