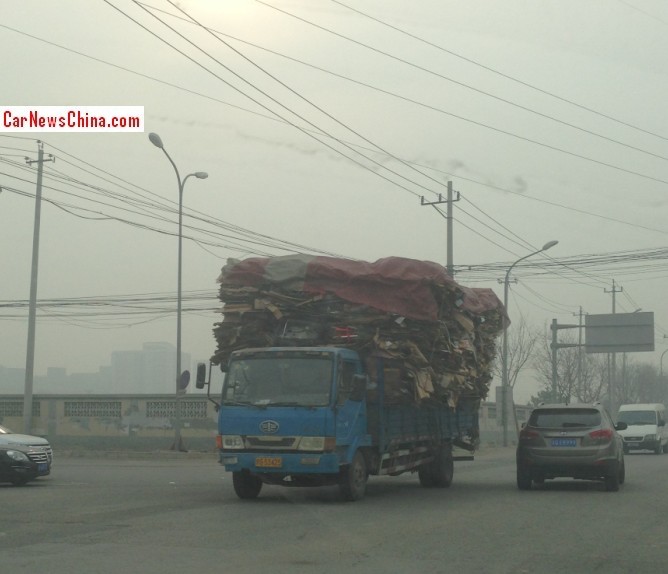 A blue FAW truck, Spotted in China in the far north-eastern suburbs in Beijing, under a typical smoggy sky. The truck is transporting carton for recycling and slightly overloaded, the carton sticking out on each side and far over the top. Transporting stuff like this of officially forbidden in China but in reality nobody cares, especially not in the wastelands outside the Fifth Ring Road. The recycling business is booming is China with zillions of small companies involved in processing all items imaginable. Sadly, the way they work is not very efficient, making sure a lot is lost along the way, anyway.