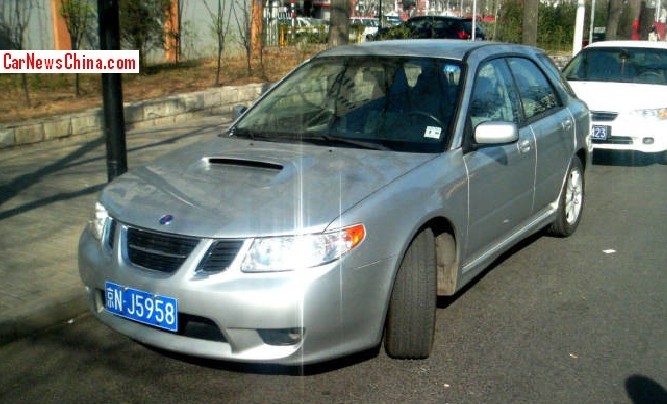 A silver Saab 9-2X Aero, Spotted in China west of the Fourth Ring Road in Beijing. The Saab 9-2X Aero is a rather rare car. It was only manufactured in 2004 and 2005 and never officially exported to China, so how this strange Swede that is not a Swede ended up in the capital is somewhat of a mystery. 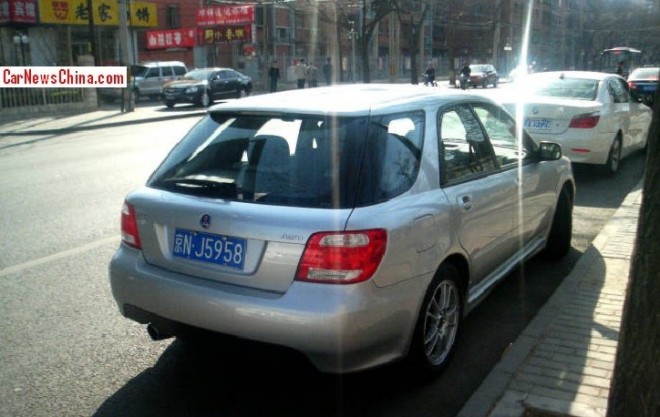 The Saab 9-2X was based on the second generation Subaru Impreza wagon. At the time GM owned Saab and also owned 20% of Fuji Heavy Industries, the parent of Subaru. GM needed a new Saab fast and decided to go for some healthy badge engineering, resulting in the kinda weird 9-2X which soon earned the nickname ‘Saaburu’.

The 9-2X was only available in North America. Sadly, it was not a success. Only 10.346 examples were manufactured during its short production run. The Aero was the top-sped variant, based on the Impreza WRX, powered by the manic 2.0  liter turbocharged four-cylinder with an output of 227hp and 294nm. Fuzzily, that engine and the Subaru rally-style underpinnings made the 9-2X the fastest Saab of all time…