Porsche 911 with Licenses in Shanghai & Beijing 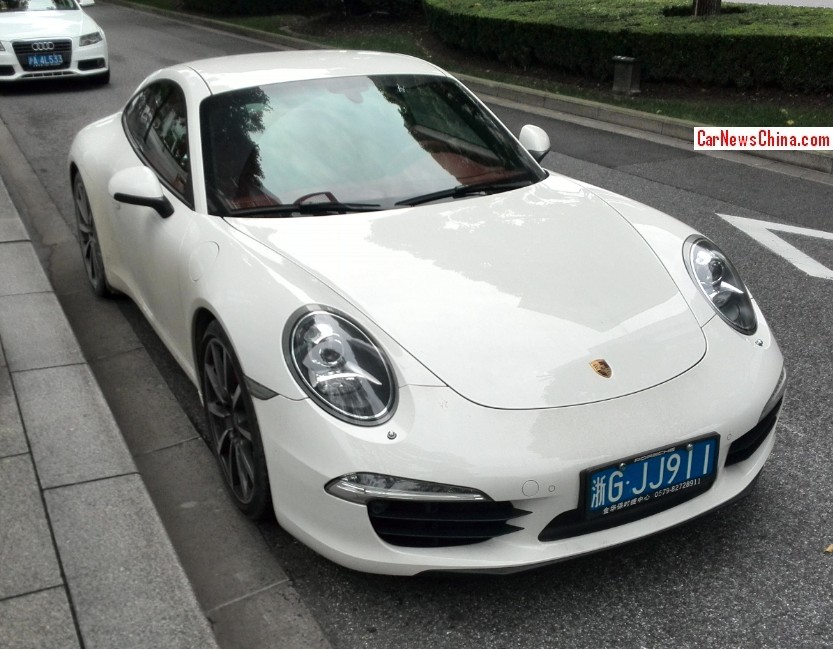 A rather dusty 991 Porsche 911 Carrera S, Spotted in China in the great city of Shanghai by Reader Anonymous, thank you for the pictures! The good Porsche is painted in virgin white and sexed up slightly more with speedy 11-spoke matte gray alloys. Best however is the license plate reading JJ911, and that is one of the best license plates we have seen on a Porsche 911 in China. But wait a minute, what is that other white car in the background?

It is an Audi A4L sedan with an A·4L license plate. Now, further with Porsche: 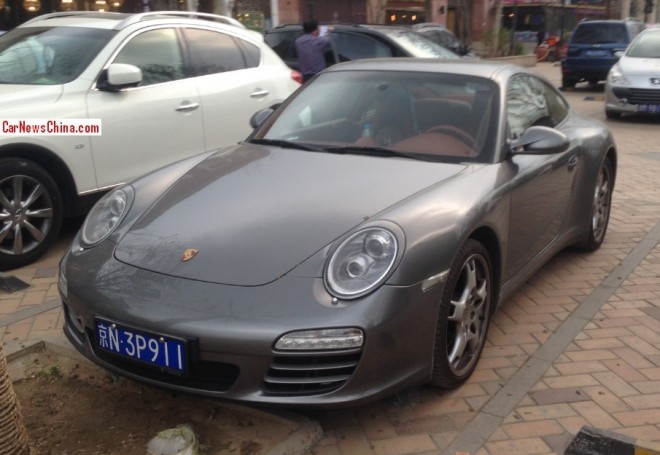 A 997 Porsche 911 Carrera 4, Spotted in China in Beijing by me and licensed with a 3P911 license plate, with the P for Porsche, and that is one of the best license plates we have seen on a Porsche 911 in China as well. The vehicle is painted in some kinda brown-gray and fitted with strange gray 5-spoke Fuchs-style alloys which are open at each end. 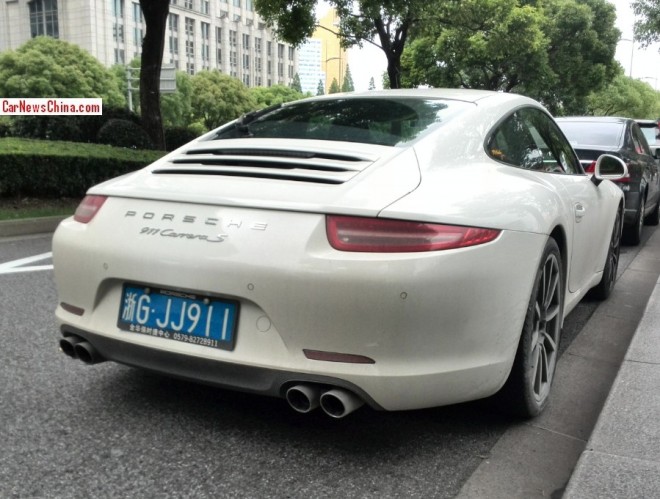 The great ass of the 991, fatter again than its predecessor but straight lined and thus not very offensive. Compare: 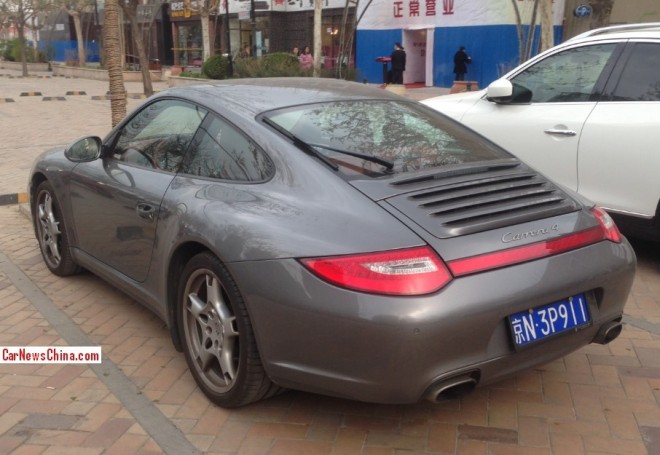 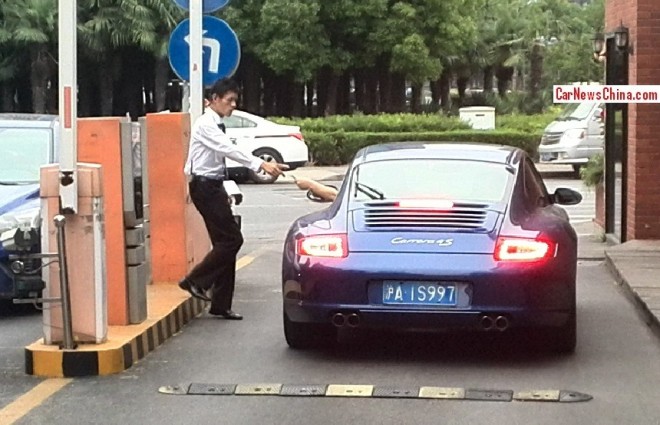 Completing a triple is this 997 Porsche 911 license IS997, seen again by Anonymous in Shanghai. The blue Carrera 4s was spotted in great haste, just as she left a parking lot.