Spy Shots: Hyundai ix25 SUV is Naked from all Sides in China 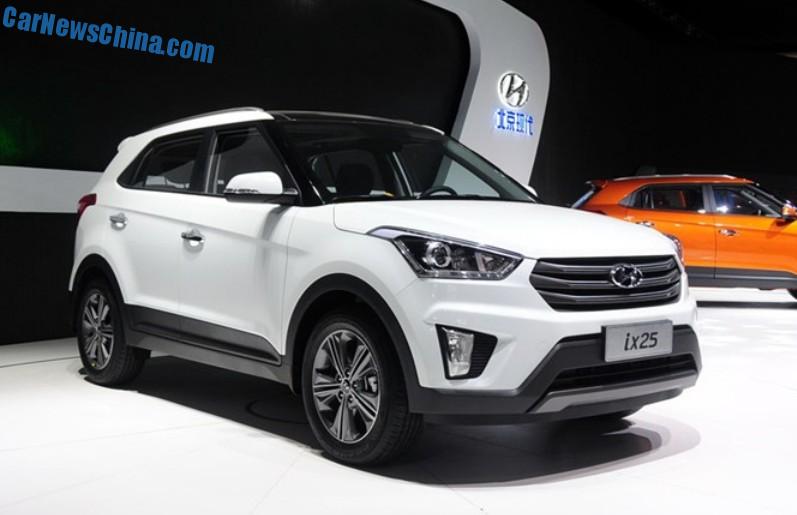 New spy shots of the brand new Hyundai ix25 in China, showing a white example standing unattended in the exhibition hall of the Chengdu Auto Show where it will officially debut tomorrow. We just cannot and will not wait! The Hyundai ix25 debuted as a concept on the 2014 Beijing Auto Show. The production version will be launched on the Chinese car market on October 9. 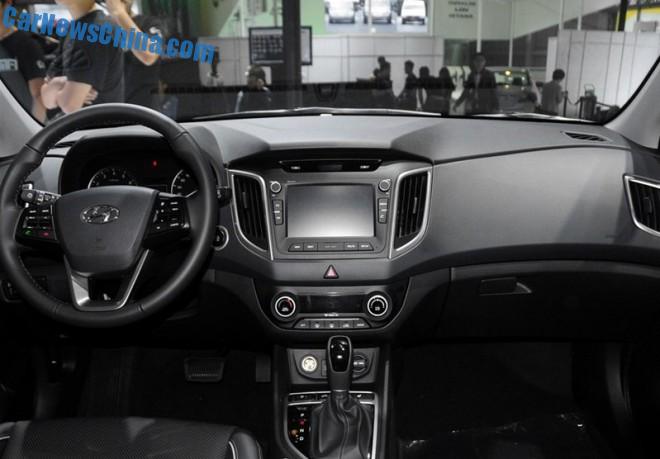 That is what we call a Black Interior. Very black. Some alu bits, but mostly black. 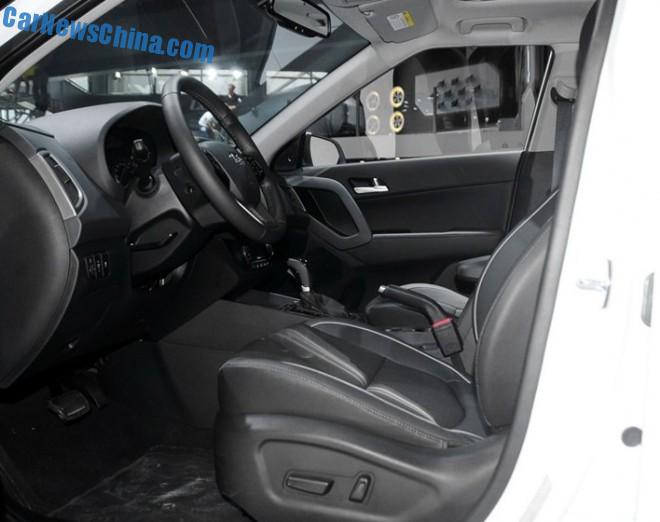 More black, and then some. 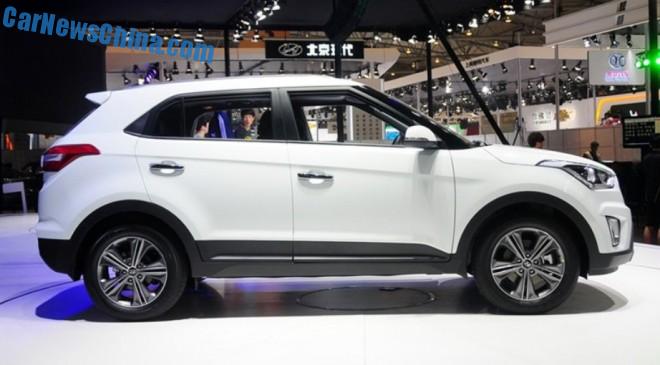 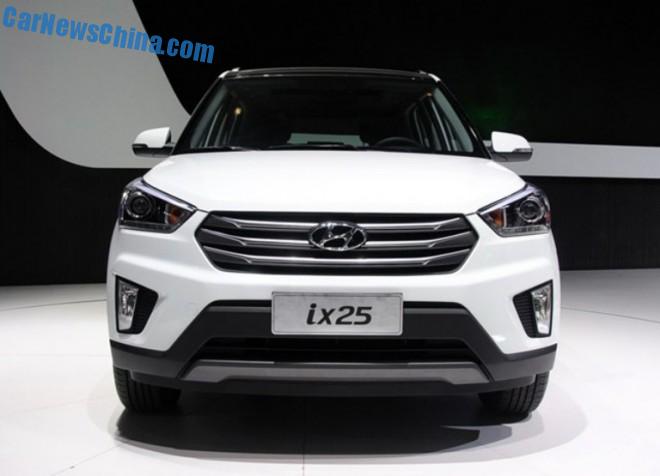 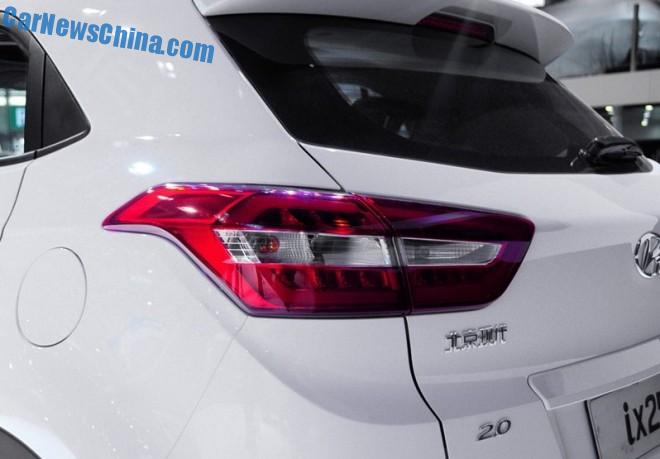 We hope to get a better picture of the back soon. Rear lights are huge.