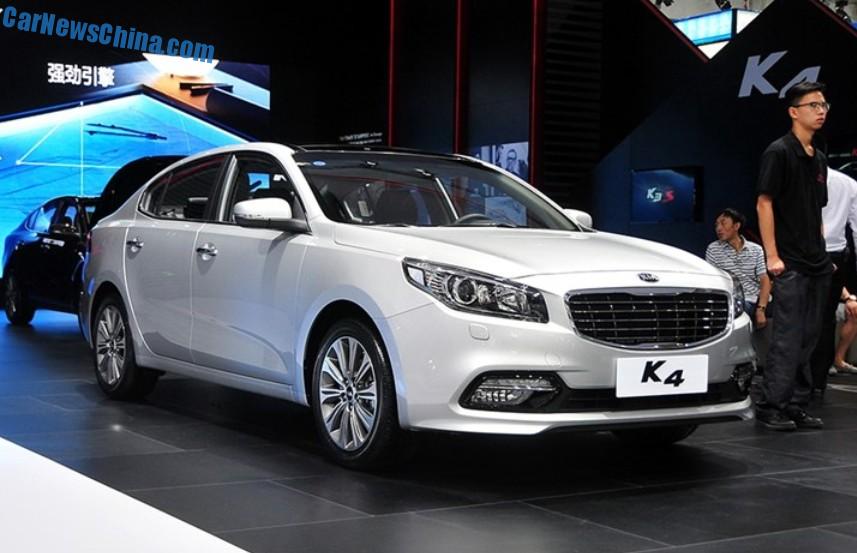 This is the final production version of the Kia K4 sedan for China, it debuted today at the hot ‘n steaming Chengdu Auto Show. The Kia K4 will be launched on the Chinese car market on September 1, and that is one month earlier than earlier expected. The Kia K4 Concept debuted on the Beijing Auto Show in April. 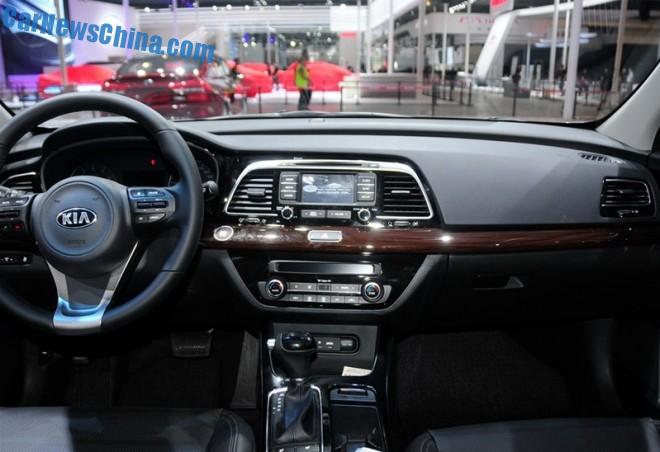 Small screen in center console, this is a cheap version. The expensive versions get a bigger screen. Strange Kia chooses a cheapo for the show.

The Kia K4 will be made in China by the Dongfeng-Yueda-Kia joint venture. There will be two engines available at launch: a 1.8 with 146hp and 175nm and a 2.0 with 162hp and 194nm, both engines will be mated to a six-speed manual or a six-speed automatic. Later on a 175hp 1.6 turbo will be added to the line-up. 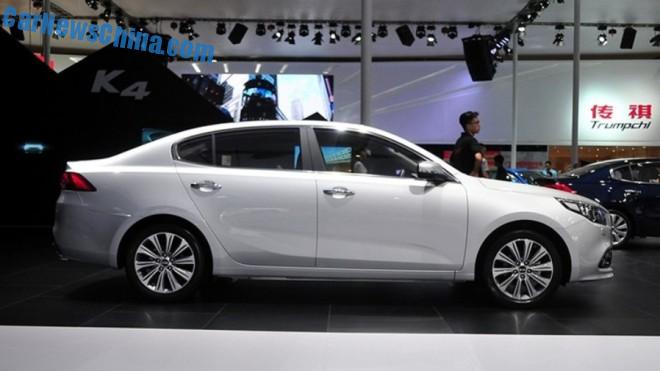 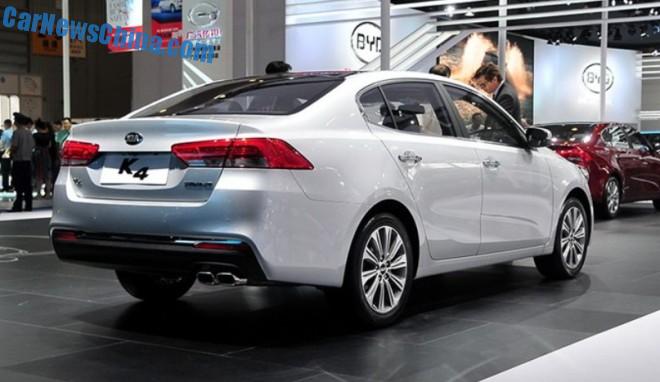 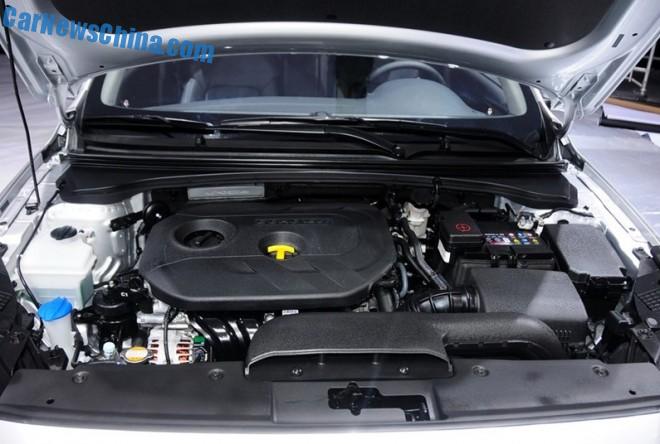 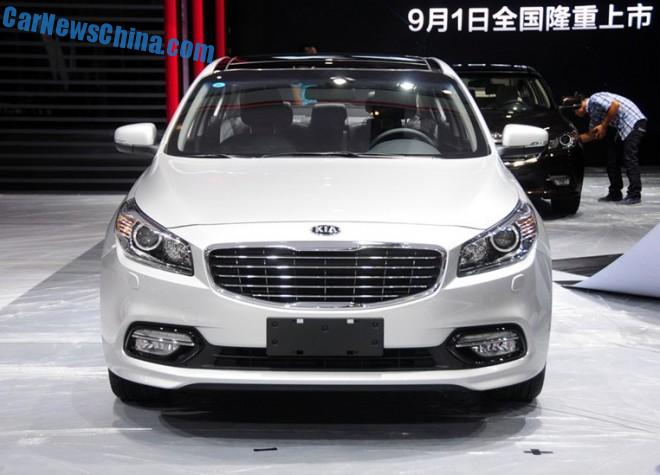