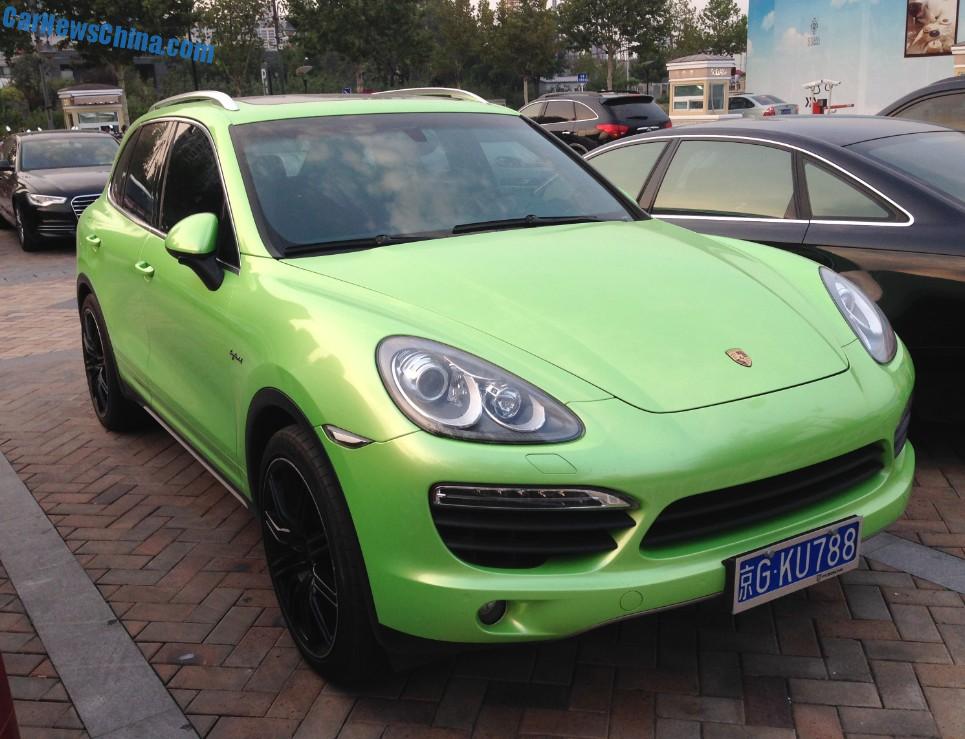 A very froggy Porsche Cayenne S Hybrid, Spotted in China on a parking lot in central Beijing. The good Porsche is wrapped in an eye-soothing shiny green wrap, and further porned up with darkened windows, black winglets under the fog lights, black bars in the grille, and huge 22 inch tires with matte black six-twin spoke alloys. 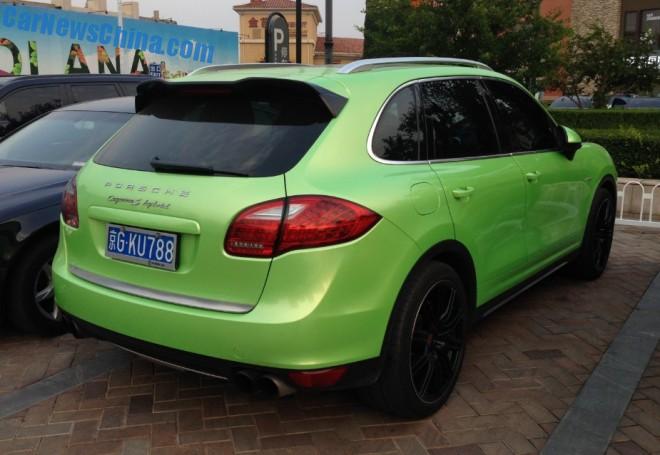 The wrap is of the highest quality and was neatly applied over the bumpers, door handles, and mirrors. The mirror stalks however are in black, ans so is the rear wing. Chrome rim around the black windows a perfect contrast with shiny green body. Only dissonant is the roof rack which is in standard matte gray, not matching or contrasting with anything else on the car. The rood rack should have been black.