This is the new Gonow GP150 pickup truck for China 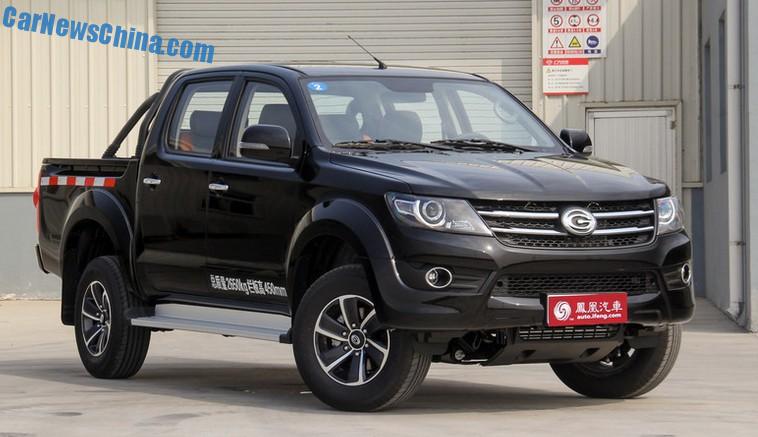 This is the new Gonow GP150 pickup truck. The Gonow GP150 is the production version of the Gonow GA1027 Concept that debuted on the same Beijing Auto Show in April. The GP150 is an ambitious new car, aimed at a higher segment of the market than the cheap end where Gonow now operates. 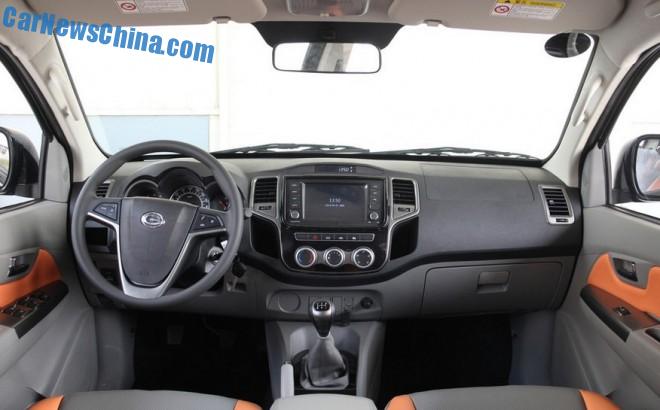 Interior very car-like for a Chinese pickup truck. Large screen in the center console looks impressive from afar but… 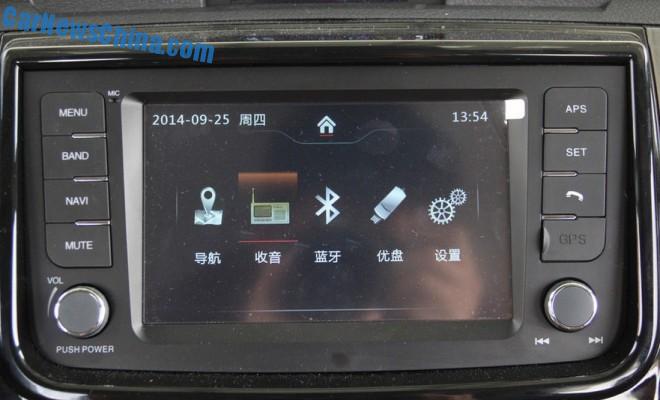 … not so much from up close. 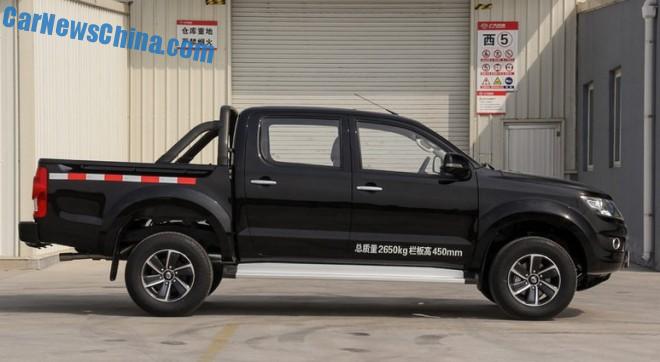 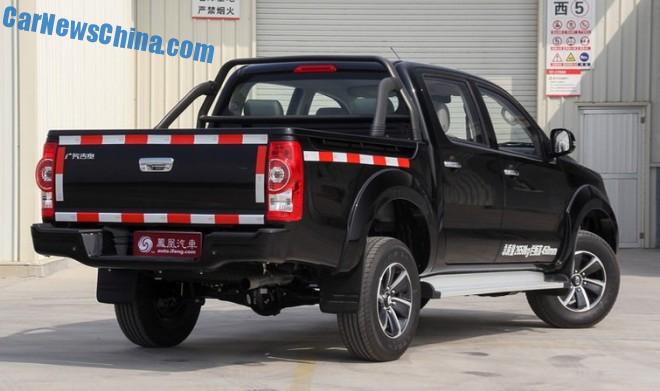 Ugly reflecting strips are required by Chinese law. Tires on the small side. 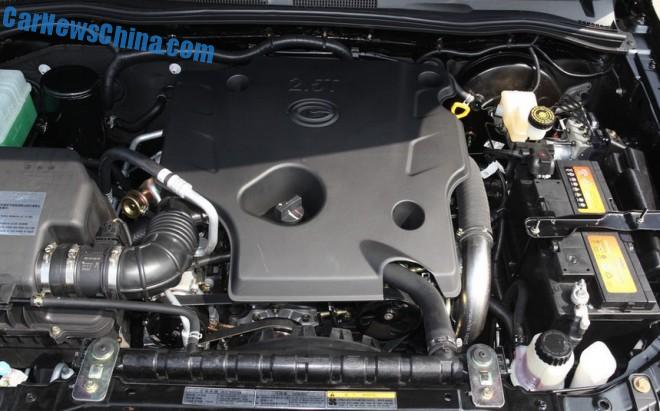 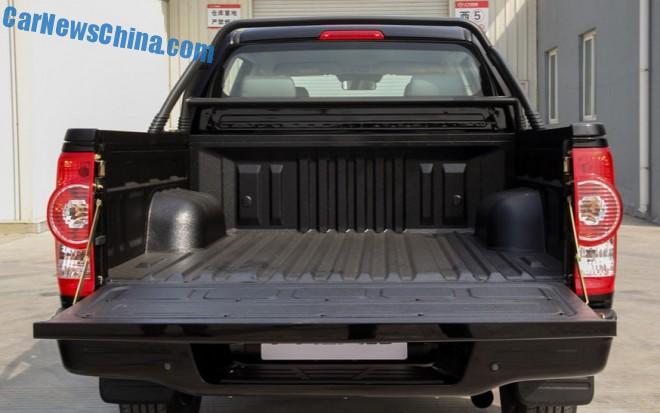 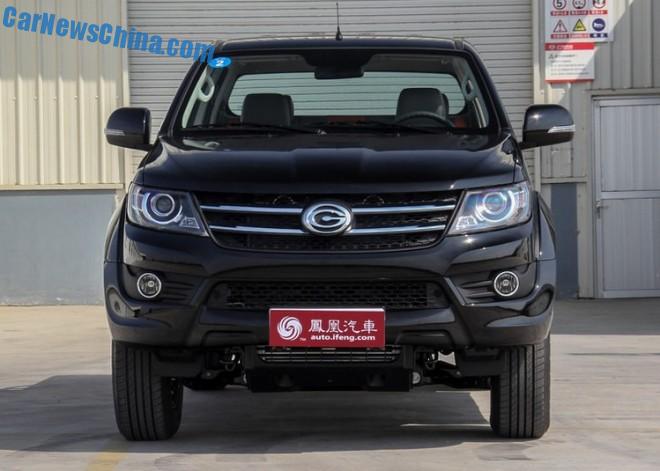