Cadillac SRX will be made in China from 2015 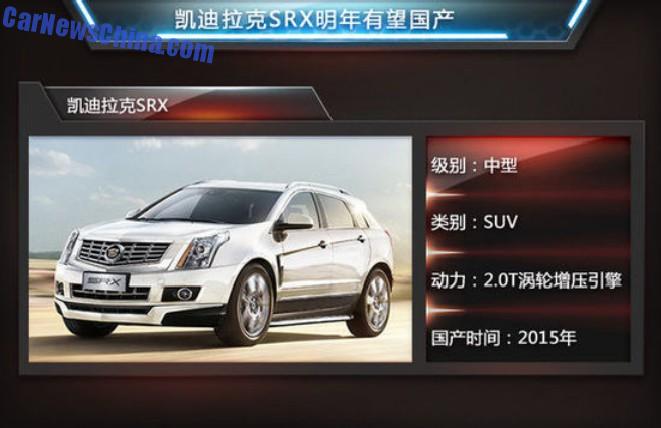 The Cadillac SRX SUV will be manufactured in China from 2015. The SRX will be made by the Shanghai-GM joint venture, in a new factory near Shanghai city. The Cadillac SRX is currently imported into China and therefore expensive compared to the locally-made competition. 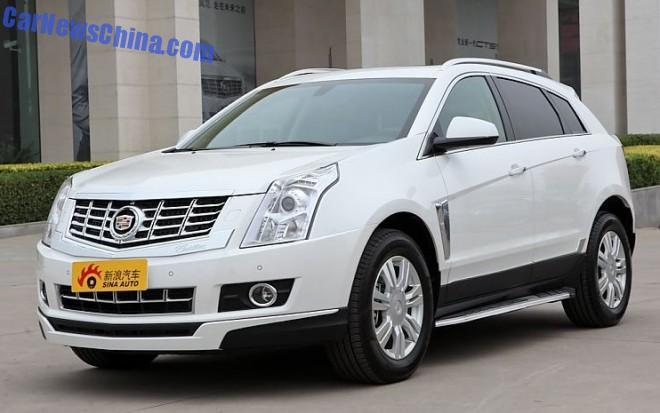 The locally made SRX will therefore be powered by the well-known 2.0 turbocharged four-cylinder petrol, in Caddy configuration good for 226hp and 353nm. The 3.0 V6 will be available as well fort those who really need more cylinders, but the 3.6 will disappear.

Price for the China-made Cadillac SRX will start around 350.000 yuan and end around 500.000 yuan. Cadillac China is aiming the SRX straight at the popular Audi Q5, a car that seems to be an obsession of sorts for many other automakers. The Audi Q5 is made in China by the FAW-Volkswagen joint venture.