This is the Citroen C3-XR SUV for China 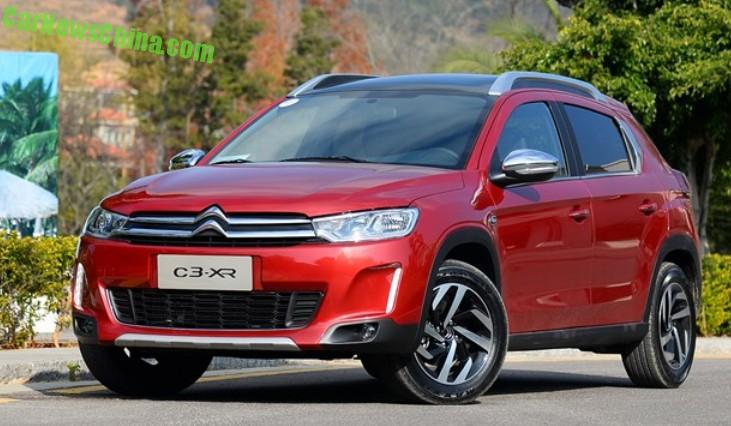 This is the new Citroen C3-XR SUV for the Chinese car market, looking hip ‘n sporty in red. The Citroen CS-XR will be launched on the Chinese car market on December 21. The C3-XR is a new China-only compact SUV. It debuted as the C-XR concept on the 2014 Beijing Auto Show in April and the production version debuted in May in Paris. 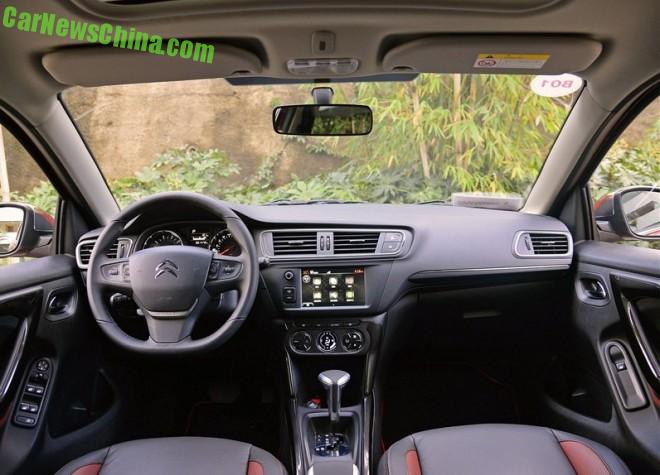 Trendy dash with a flat bottomed steering wheel, a gear lever with a giant knob, some subtle chrome detailing, and a reasonable sized LC touch screen. The only dissonant are the controls for the aircon which don’t really match with the rest of the design, but that was probably intentional. 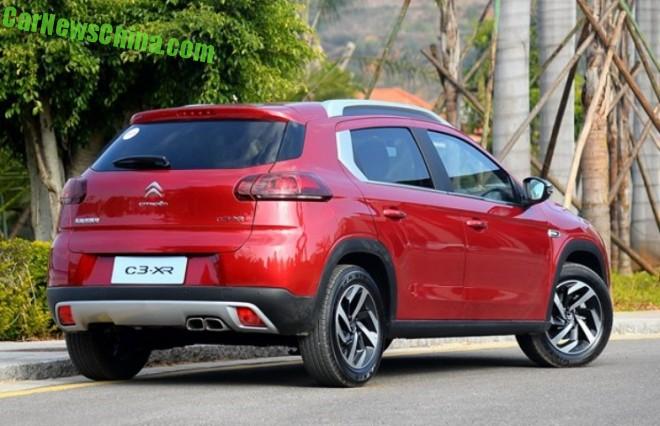 The Citroen C3-XR is manufactured in China by the Dongfeng-PSA joint venture. The C3-XR will be available with two four-cylinder petrol engines: a 1.6 with 115hp and 150nm, and a 1.6 turbo with 163hp and 245nm. The 1.6 will be mated to a five-speed manual or a four-speed automatic, the 1.6 turbo will be mated to a six-speed manual or a six-speed automatic. Power goes to the front wheels only. Earlier on we heard about a entry-level 1.8, but that engine seems off the table, at least for now. Size: 4257/1748/1542mm, wheelbase is 2655mm. The platform of the C3-XR is based on a stretched variant of the platform that underpins the Peugeot 2008. 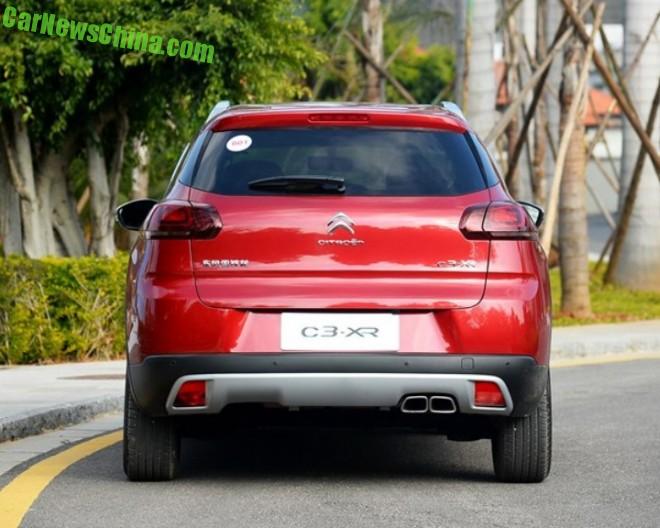 This is still disturbing; on the right a twin-exhaust pipe in a specially spared area. On the left just such an area again, but without any pipes. Otherwise a fine ass. Taillights are looking great. 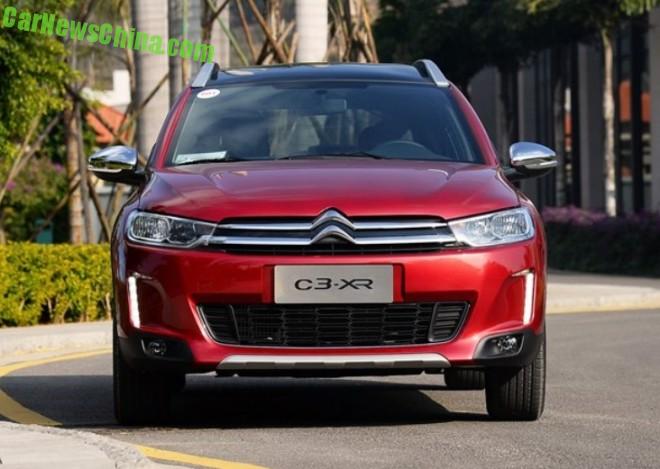 Chrome roof rack, chrome mirrors, mostly chromed grille, and another chrome bar on the lower bumper. This is China, where all needs to shine.