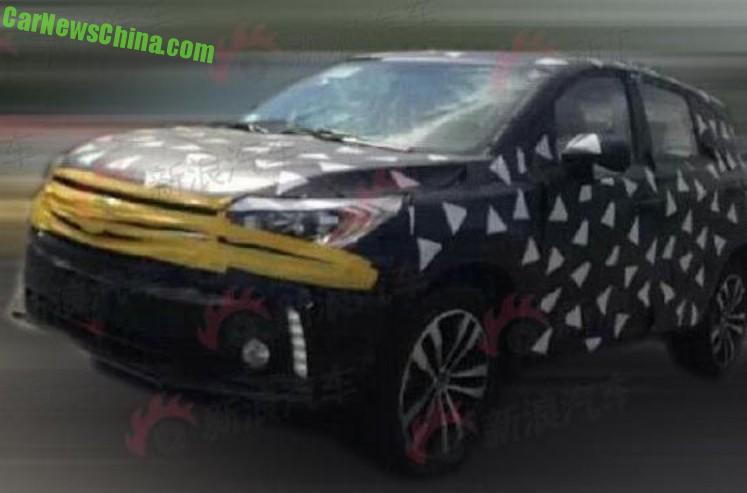 New Spy Shots of the Guangzhou Auto Trumpchi GS3 for China. The Trumpchi GS3 is a new compact SUV that will be launched on the Chinese car market in the first half of 2015. Price will start around 80.000 yuan and end around 120.000 yuan, positioning the GS3 in one of the most competitive segments of the China car market.

The Trumpchi GS3 SUV is based on the same platform as the Guangzhou Auto Trumpchi GA3 sedan.

The GS3 will be available with two four-cylinder petrol engines: a 122hp 1.6 mated to a 5-speed manual or a 4-speed automatic, and a new 1.5 turbo mated to a 7-speed DCT. The GS3 will be positioned below the Trumpchi GS5 SUV. 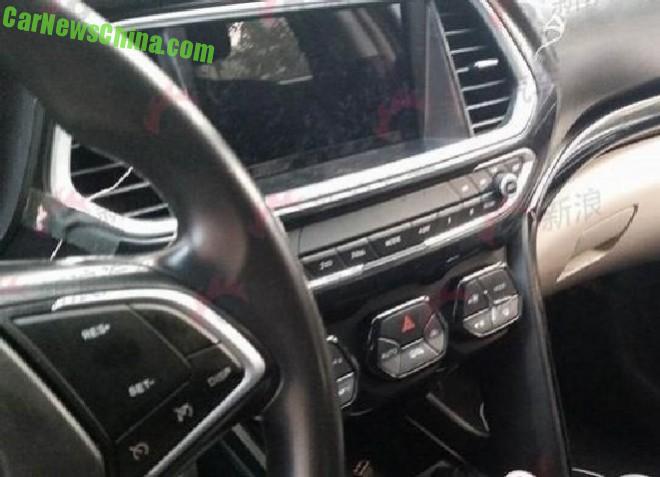 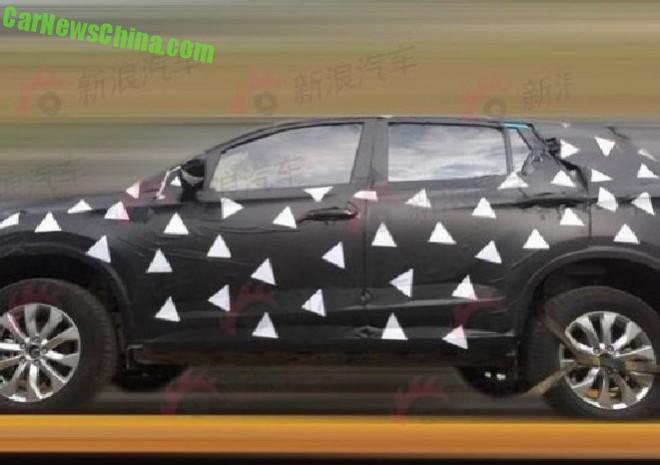 The rear door handle is probably located in the C-pillar. 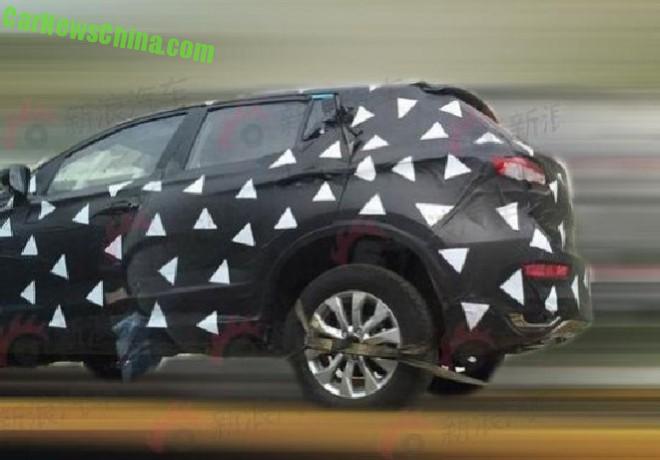 Wing on the window, exhaust pipe far to the corner, and the usual tiny wheels.