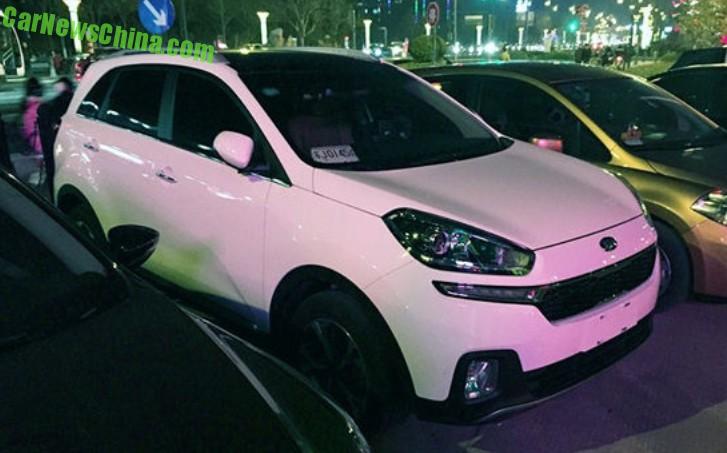 Spy Shots showing the Kia KX3 SUV for China. The Kia KX3 is a new China-only compact SUV based on the same platform as the Hyundai ix25, but aimed at a younger and hipper audience. The KX3 debuted as a concept on the 2014 Guangzhou Auto Show. The production version will hit the Chinese car market in March, price will start around 110.000 and end around 170.000 yuan.

The Kia KX3 is developed for battle with other compact SUV’s like the Ford Ecosport, Peugeot 2008, and Chevrolet Trax. The segment is booming in China and every automaker is scrambling to get in as fast as possible. The KX3 will be made in China by the Dongfeng-Yueda-Kia joint venture. 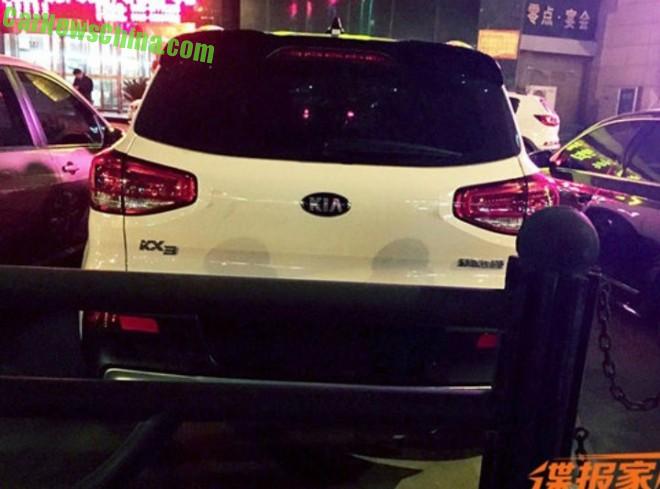 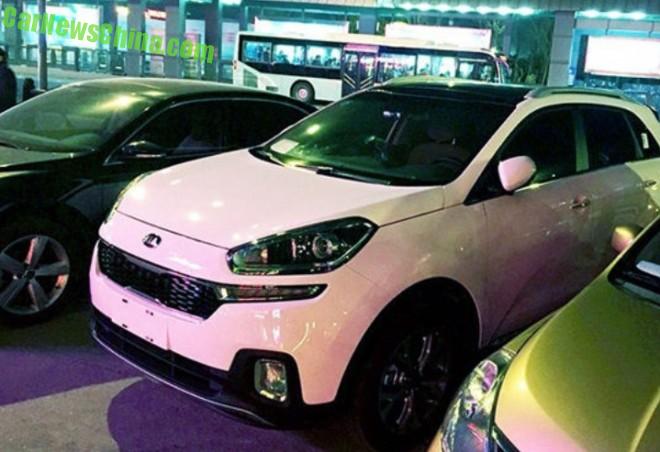 Square fog lights almost too hip for a Kia SUV. But good.