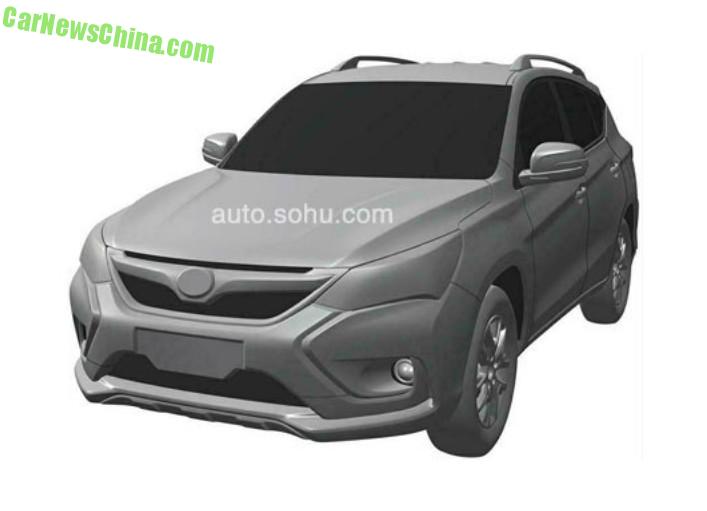 BYD has officially applied for patent on the the upcoming BYD S3 SUV for China. The patent drawings show an impressive grille and a stylish D-pillar, both of which were mostly hidden on the test cars we saw in the spy shots. The BYD S3 is a new compact SUV for the booming Chinese car market. It will debut on the Shanghai Auto Show in April and launch on the market in the second half of 2015, price will start around 70.000 yuan and end around 90.000 yuan.

Roof slopes gently to the rear, ending up in a wing over the window. Design of the side slightly busy with a lot of lines all over the place. Nevertheless, the S3 seems to be a comparatively original design, looking modern and just hip enough for the cities. 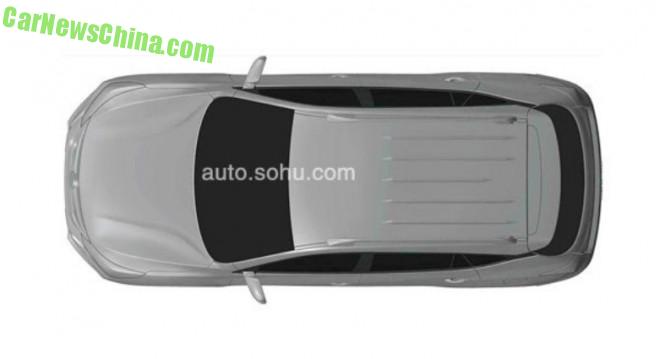 The BYD S3 will be powered by the well-known 1.5 liter turbocharged four-cylinder petrol engine with 154hp and 240nm, mated to a six-speed DCT or a six-speed manual. BYD is also working on a hybrid variant of the S3 based around the same 1.5T engine, but when the hybrid will launch is yet unknown. 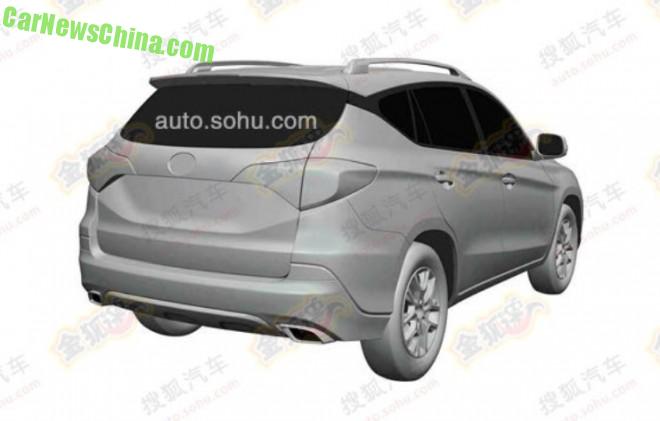