Sales of Low-speed Electric Vehicles are Booming in China 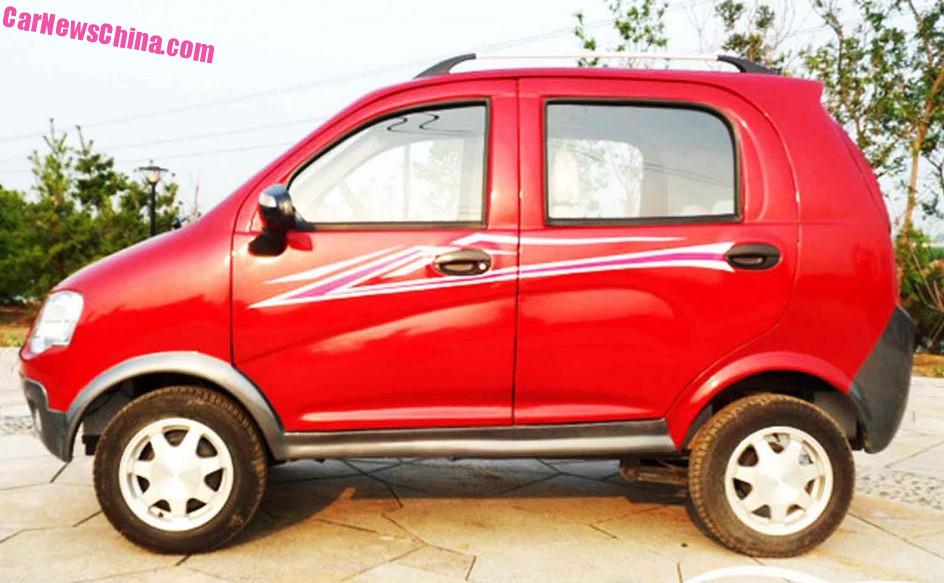 The market for Low-speed Electric Vehicles (LSEV) is booming in China. In 2014 over 300.000 vehicles were sold, in third-tier cities, townships and counties across North China, East China and Central China. LSEV’s are small, sell cheap, and usually come with a tiny motor (example, example).

In Shandong province alone, about 172,900 mini electric passenger cars were produced last year, according to data released by the provincial automobile manufacturers association.

The association’s deputy chairman Lu Fujun said that the low purchase price and running costs of the mini electric cars boosted sales. He added that most customers had their own parking spaces and used household power outlets for recharging.

The mini cars have small capacity batteries that allow for a driving range of about 100 kilometers, which is one fifth of the range of the Tesla Model S 85 kWh. The top speed of the mini cars is about 110 km/h.

The State Council’s new energy vehicle industry development plan issued in June 2014 said it expected the mini cars to be developed to go further than 150 km with top speeds of 100 km/h by 2015.

Chen Quanshi, director of the automotive research institute at Tsinghua University, said electric cars were regarded as legitimate as long as they met the standards of the Ministry of Industry and Information Technology, who require a driving range of more than 80 km and a top speed of above 80 km/h.

The mini electric cars by Shifeng Group, whose specialty is in agricultural vehicles, are not supported by government new-energy car subsidies. The Yogomo brand cars, whose sales ranked second, and the Lujo cars were also not eligible.

Lu Jiantong said that customers were not concerned with advanced technology, or varied battery systems but that they just needed low-cost alternatives that are more comfortable than mini-vans.

“A market leader will not be the one nurtured by government policies, but one who passes the market tests and wins the customers,” he said.