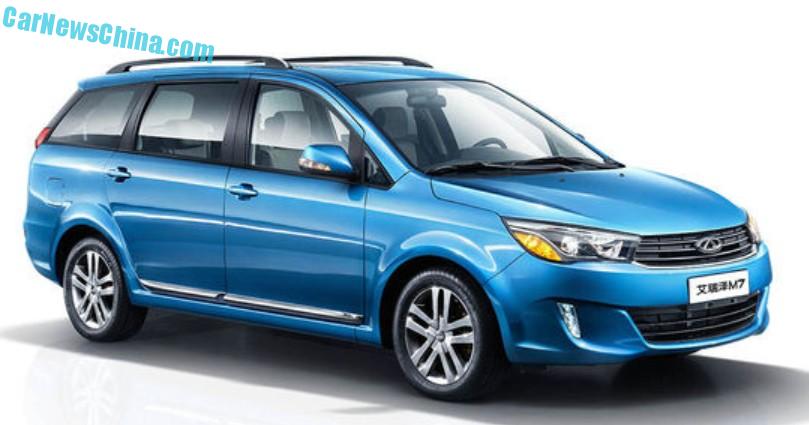 Chery has released the first official images of the Chery Arrizo M7 MPV, scheduled for debut on the Shanghai Auto Show next month with a launch on the Chinese car market in H2. The M7 is the first MPV under the Arrizo brand, and it is a rather odd and old car. It is basically a facelfited version of the 2011 Chery Rely V5. We saw the first spy shots in 2013 where it was called ‘Chery V5’, after the Rely brand was killed. In 2014 we saw it again, then called Fullwin 8, and now it is finally here as the Arrizo M7.

A central instrument pod is very 1998, but the LCD screen looks modern enough. 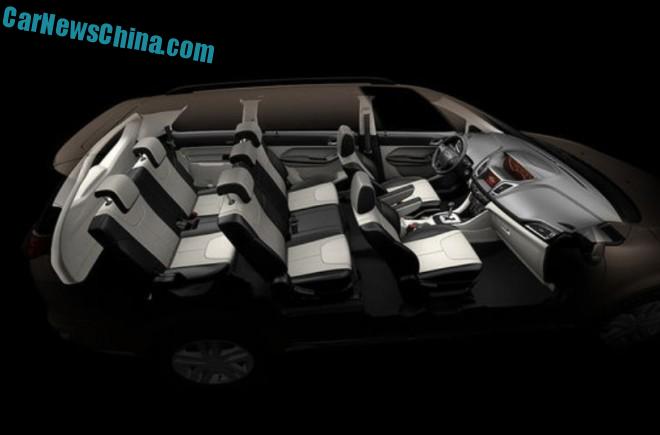 Chery says the M7 is a seven-seater with a 2+3+2 configuration. That might just fit if nobody brings any bags.