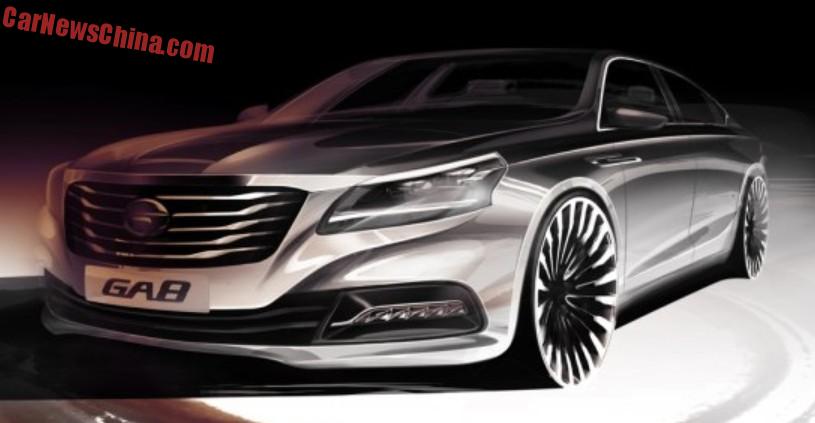 The 2015 Shanghai Auto Show will see the debut of the brand new Guangzhou Auto Trumpchi GA8 concept, previewing the upcoming flagship sedan of the Trumpchi line. Design is impressive with a huge heavily chromed grille, large headlights, and wide wheel arches. The production version of the Trumpchi GA8 will be launched on the Chinese car market in Q4, positioned above the Trumpchi GA6 sedan.

Four-door coupe-like styling with a short rear deck with an integrated wing. Chrome trim around the windows, and grandly chromed exhaust pipes sitting low in the bumper. The concept will likely be powered by something hybrid, but the production car will get a 1.8 turbo with 177hp and a 2.0 turbo with about 220hp.

Side profile very strong. More and more Chinese automakers are moving away from cheap low-end cars and into a more expensive segment currently dominated mostly by Korean and Japanese brands. Chinese car buyers are inclined to buy Chinese if design is good, quality is on par and price is low.

When headlights become sculptures; the new Trumpchi GA8 from China.