Haval Concept B hits the Shanghai Auto Show in China 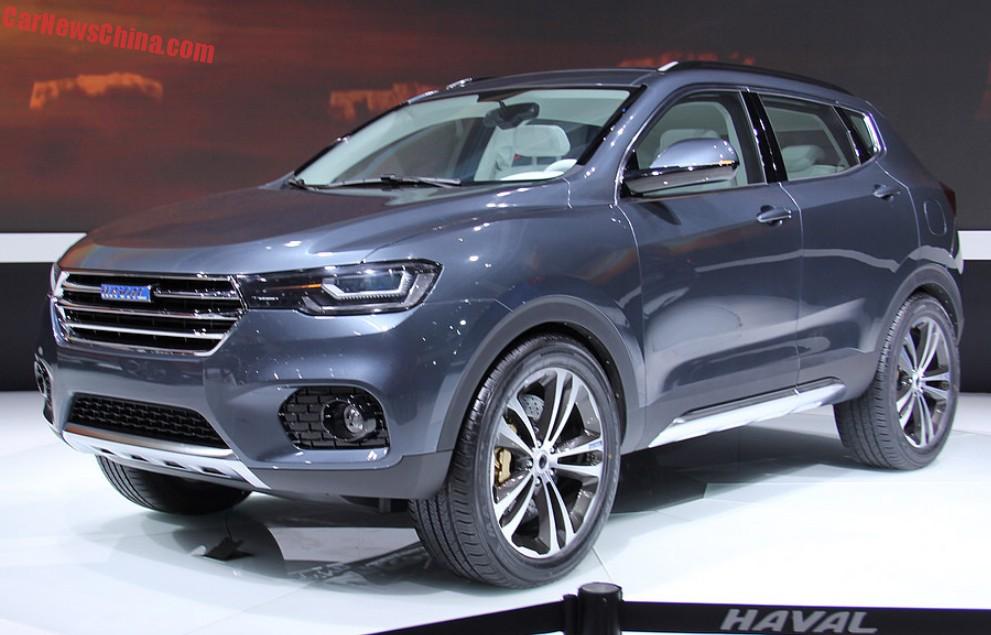 This is the new Haval Concept B, a concept car featuring a rather modest grille flanked by sensible looking lights and painted in a boring shade of blue; this SUV means family! The Haval Concept B debuted earlier today on the Shanghai Auto Show, previewing a future premium-compact SUV.

The ‘B’ stands for, wait for it… ‘blue’. There is also another Haval concept called the ‘Concept R‘, which is painted red with the R standing for ‘red’. The Concept B and the Concept R are basically the same car of the same size and based on the same platform.

The idea is that the R and the B will grow into separate series of cars, with the R’s being the sporty ones and the B’s the sensible ones.

The color of the logo reflects which kind is on hand, the R’s have a red Haval logo whereas the B’s got a blue one. Chinese carmakers just can’t resist to add brands, sub-brands, series, or whatever to make things needlessly complicated. They love it! 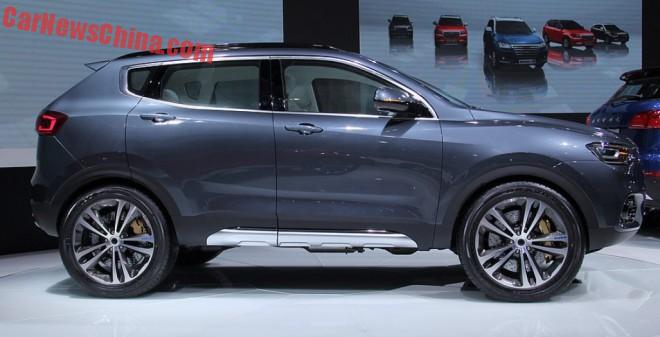 Design is very strong with a long bonnet, a low roof, and a short rear end. Haval hasn’t announced anything on engines so we assume the concept doesn’t have one. 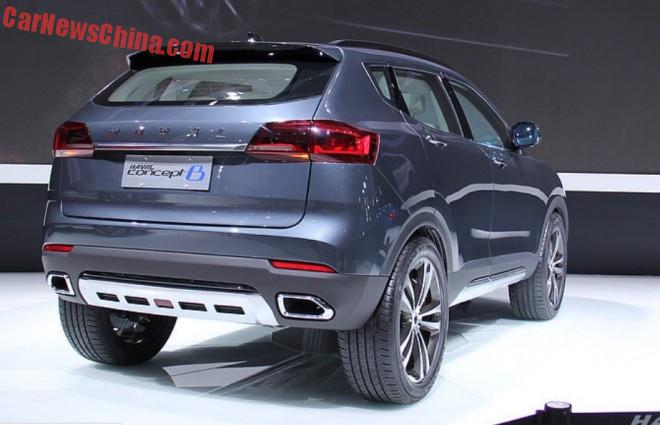 The overall finish of the Concept B is indeed a lot more sensible and family-friendly than the Concept R, but it is also much more bland. The rear lights are fine but otherwise uninteresting, and the same goes for the bumper, exhaust pipes, and the wheels. Still, this idea of making two different cars with a two different identities that are actually the same is kinda cool as well, and not at all schizophrenic. 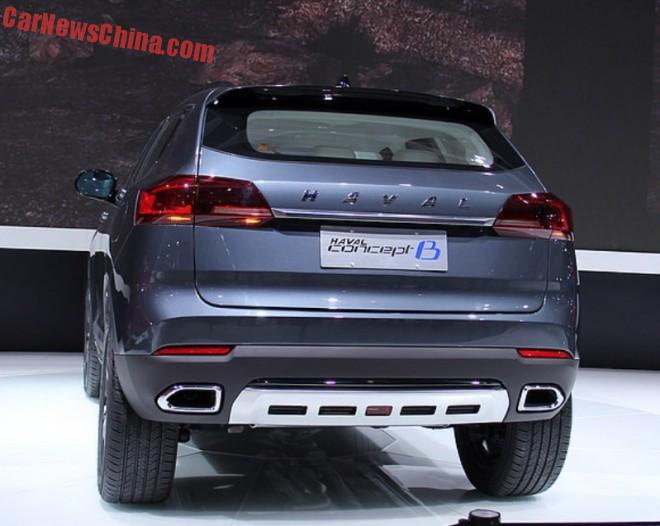 There is a platform underneath the car, with suspension and such, indicating the Concept B is probably not that far removed from production. Let it come!